League leaders Swindon Town were at the PTS for a midweek fixture as the Cobblers looked to close the gap on one of their promotion rivals. Andy Williams came back into the side to make his 600th career appearance with Chris Lines and Jordan Turnbull also recalled. Richie Wellens was a notable absentee from the dugout, the Robins boss missing the game through illness.

There was an early sight at goal for the EFL’s leading goalscorer Eoin Doyle but his shot was comfortable for David Cornell. Steven Benda made a top save to turn behind a stinging drive from Mark Marshall and Cornell again saved from Doyle but with less than half an hour played Swindon were forced into a defensive change, Tom Broadbent on for the injured Paul Caddis.

It was a tight first half and it needed another good save from Benda, this time to deny Sam Hoskins, to ensure the first half ended goalless.

Turnbull fired over from a well-worked corner at the start of the second half before Diallang Jaiyesimi had a chance to put Swindon in front but failed to connect with Michael Doughty’s cross.

Callum Morton came on for Vadaine Oliver in the Cobblers first change with Jerry Yates on for the Robins. Ryan Watson then replaced Lines with twenty minutes to play.

Williams was denied by a perfectly timed sliding tackle inside the area and not long after that Swindon made the breakthrough, Jordan Lyden heading in a left-wing cross.

Benda saved Charlie Goode’s header as the Cobblers responded to falling behind but that was the closest they came to an equaliser, the league leaders seeing the game out to claim the three points.

Tickets for Tuesday's game against Swindon Town at the PTS Academy Stadium (7.45pm kick off) are now on sale from the ticket office and ntfcdirect.co.uk

Please note that other match tickets are also on sale, but for the hour before kick off the ticket office will be selling Swindon Town match tickets only. We are expected to be very busy so if collecting tickets, please arrive early!

As part of increased security measures, a 100% search policy will be in operation. Because of this, supporters are advised to arrive as early as possible. Turnstiles will be open from 6.15pm.

A win isn't the only aim on Tuesday, making sure everyone goes home safe is the most important result. 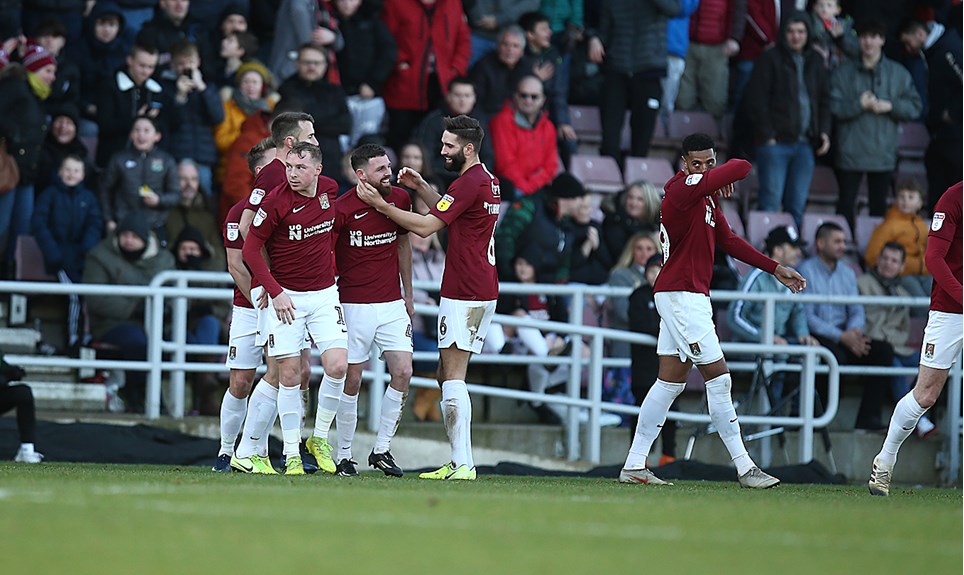 
Sixth plays top in a huge game at the PTS Academy Stadium on Tuesday night when Northampton Town welcome Swindon Town (7.45pm kick off) and tickets are now on sale from the ticket office and...