Scott Wharton was back in the side after completing a three-match ban with Michael Harriman also passed fit to play after missing the win at Macclesfield. Paul Anderson and Andy Williams were also recalled with young academy striker Caleb Chukwuemeka named on the bench. Having not been available for the original tie, none of the January signings were eligible. Wayne Rooney started for Derby who named a strong side.

The Cobblers, looking to reach the fifth round for the first time in 50 years, were backed by over 4,000 travelling fans who were all in fine voice as the game got underway.

With ten minutes on the clock the Cobblers appealed for a penalty when an Andy Williams shot was blocked by Andre Wisdom but referee David Webb waved play on. Chris Lines then fired over from an acute angle before Jack Marriott went close for the Rams.

Tom Lawrence tested David Cornell from 20-yards and Michael Harriman made a vital interception to deny Chris Martin a shot on goal as Derby tried to build up a head of steam. It was a fantastic last-ditch tackle from Harriman with Wayne Rooney’s terrific pass having created the chance.

Cornell made a good save from Marriott while his opposite number Kelle Roos was forced into action by a Sam Hoskins shot that looked to be goalbound until the Derby keeper got a hand to it.

Derby took the lead from a Rooney corner just before the half hour mark, Andre Wisdom scoring from close range.

Duane Holmes then showed his pace and quality to make it 2-0, bursting through the middle and producing a composed finish.
Matt Warburton replaced Vadaine Oliver at half-time and the Cobblers were back in the tie early in the second half, Nicky Adams turning home Paul Anderson’s cross.

The Cobblers were pushing forward looking for an equaliser but they were caught on the break and Jack Marriott restored Derby’s two goal lead with a header despite a terrific initial save from Cornell.

Marriott had a shot deflected wide with the Championship side now looking to put the tie to bed.

Scott Pollock and Joe Martin came on for Chris Lines and Nicky Adams before Hoskins went close to pulling a goal back with a shot deflected over.

Wayne Rooney made it 4-1 from the penalty spot, Cornell having saved from substitute Jason Knight before Tom Lawrence went down under a challenge.

Sam Hoskins then scored from the spot as the Cobblers were awarded a penalty of their own for a foul by Curtis Davies on Williams.

This game is not live on TV and supporters will not be able to watch live on iFollow either in the UK or around the world.

Manchester United will visit the winners of this fourth round replay.

We have been allocated 5,303 tickets for this fixture, priced as follows:

Any child aged 13 and under must be accompanied by someone aged 18 or above and children aged under 2 years will not be permitted entry to the stadium.

All disabled supporters must pay their relevant age band and will receive a personal assistant ticket free of charge (subject to qualification).

Please note that all disabled car parking spaces for the replay at Pride Park have sold out.

Tickets are now on unlimited general sale from the PTS Academy Stadium and ntfcdirect.co.uk

Please note any tickets ordered online can now be collected. Any tickets not collected in advance can be collected on arrival at Derby County but to avoid long queues, anyone who can collect in advance is encouraged to do so.

Tickets can be collected until 5pm Monday and from 9am until 2pm on Tuesday from the club store,  and then from 6pm Tuesday onwards at the away ticket cabin at Pride Park.
Advanced sales continue from the PTS Academy Stadium until 5pm on Monday and online via ntfcdirect.co.uk until 9am on Tuesday morning.
After that, tickets will be available on arrival at Pride Park (cash only) but if buying/collecting on arrival, please arrive early. Thank you for your support!

Derby County have advised that no further tickets will be available beyond this 5,303 allocation. 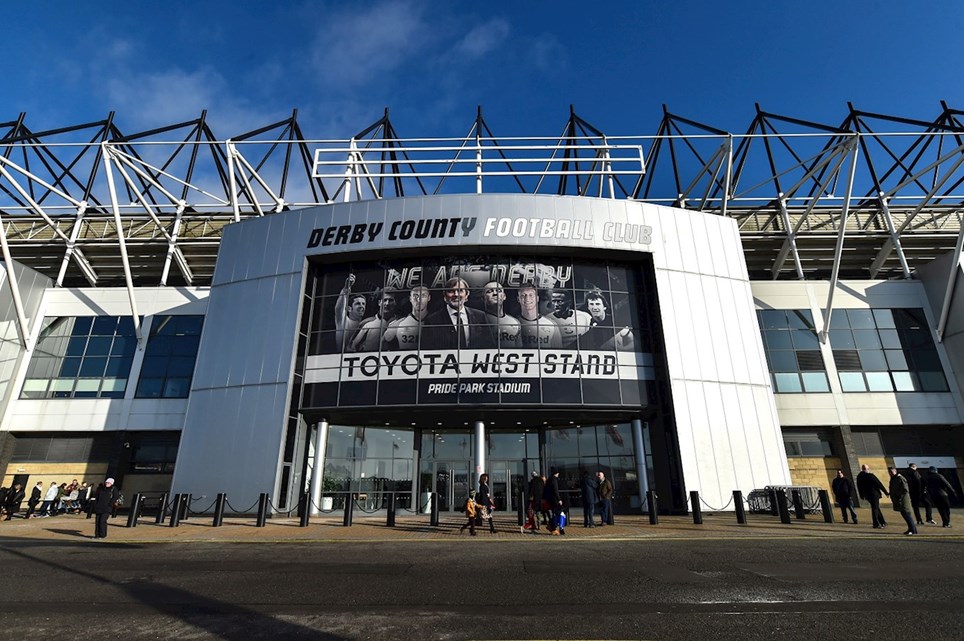