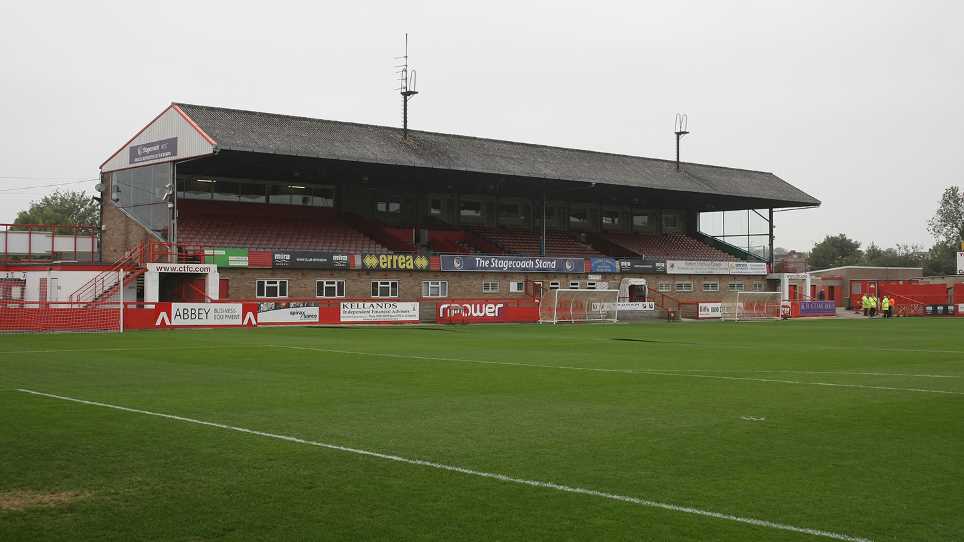 
Northampton Town will travel to Cheltenham Town on the re-arranged date of Tuesday February 25th (7.45pm).

It was fifth versus seventh at the Jonny-Rocks Stadium on Tuesday night in a clash of two of the promotion contenders. Vadaine Oliver, who picked up a knock in the weekend win over Exeter missed out and was replaced in the side by Michael Harriman with Sam Hoskins playing up front alongside Callum Morton. Former Cobblers defender Ben Tozer captained Cheltenham who started the evening two points above Keith Curle’s side in the table and on the back of five straight home wins.

The Cobblers started brightly and like on Saturday they scored early on, this time through Ryan Watson who showed good control before firing a shot into the bottom corner. The goal came from a Charlie Goode long throw and the Cobblers went close to a second goal when Hoskins shot just wide after a flick on from Morton.

David Cornell saved comfortably from Alfie May but the Cobblers keeper was beaten by Ryan Broom on 19 minutes, Broom cutting inside and sweeping a shot into the bottom corner from 25-yards to make it 1-1.

Owen Evans saved from Hoskins at the near post and Goode fired into the side netting while there were also a couple of half chances for Cheltenham in a fairly even passage of play leading up to half-time.

Scott Wharton replaced Paul Anderson for the second half which was slightly delayed as the goal net was checked by the officials.

Lloyd Jones went agonisingly close to restoring the Cobblers lead but his header from Nicky Adams whipped free-kick clipped the wrong side of the post. Alfie May fired wide and Chris Hussey curled a free-kick over from 35-yards as the game remained delicately poised going into the last ten minutes.

Cornell made a good stop to deny May and the Cobblers keeper was also called into action to deny Sean Long in a good spell for Cheltenham and they took the lead through substitute Luke Varney who poked the ball home from a corner.

The Cobblers pressed for an equaliser in the final few minutes but couldn’t fashion a clear chance and the home side held on for the three points.


Northampton Town will travel to Cheltenham Town on the re-arranged date of Tuesday February 25th (7.45pm).

Cheltenham Town v Northampton Town
Sky Bet League 2
Tuesday February 25th 2020
Kick off 7.45pm
We have been allocated an initial 709 tickets for this game.
Tickets are now on sale from the PTS Academy Stadium and ntfcdirect.co.uk priced as follows:
Adult £22
Senior 65+, student, wheelchair £16
Under 18 £8
Concessions
Students who have valid ID
Ambulant disabled (receiving middle or higher rate disability allowance) pay the standard rate for their age bracket with one complimentary carer ticket if required.
Wheelchair users receive a complimentary carer ticket
Any sales on arrival at Cheltenham Town will be cash only.