Sent off:
Cobblers: none
Notts County: none

The Cobblers took on Notts County at the PTS Academy Stadium on Sunday afternoon with a place in the Emirates FA Cup third round awaiting the winners. As in the first round, Steve Arnold replaced David Cornell in goal while the match marked a personal milestone for midfielder Alan McCormack who made his 500th career appearance.

Scott Wharton continued his hot goalscoring streak as the Cobblers made the early breakthrough, the on-loan Blackburn Rovers defender heading home a Nicky Adams corner for his fourth goal in three matches.

Regan Booty had a chance to restore parity but scuffed his shot from 12-yards straight into the arms of Arnold before the Cobblers went agonisingly close to a second goal, the ball bouncing off defender Ben Turner and on to the base of the post after Sam Slocombe’s initial save had denied Sam Hoskins.

Vadaine Oliver, another player on good goalscoring form, did make it 2-0 on 25 minutes, rising well to connect perfectly with Hoskins' tantalising cross.

Sensing blood the Cobblers were going for the jugular and Hoskins saw a shot parried by Slocombe following a one-two with Chris Lines. Hoskins was causing County all sorts of problems and it needed a goal line clearance to prevent him making it 3-0 while Andy Williams found the side netting via a deflection after some superb set up play by McCormack.

The visitors still posed a threat of their own but when presented with a chance from close range the in-form Kyle Wootton failed to test Arnold. The first half ended with Slocombe forced into another save, this time to keep out a beautifully curled shot from McCormack.

Ben Turner headed over and Enzio Boldewijn shot wide from a low Wes Thomas cross as County tried to half the deficit before the hour mark.

Boldewijn curled just wide as County again went close with Thomas also passing up a golden opportunity, his looping header from close range landing on the roof of the net.

Harry Smith increased the Cobblers lead with just under fifteen minutes to play, Hoskins providing the assist for the substitute to head home at the back post. McCormack then received a standing ovation as Keith Curle made his third and final change.

Kristian Dennis scored from close range to pull a goal back for County but it proved a mere consolation for the National League side as the Cobblers booked their place in round 3.

A big thank you to all of the teams, groups or schools and all of the young supporters who came to the Notts County Emirates FA Cup tie on Sunday. 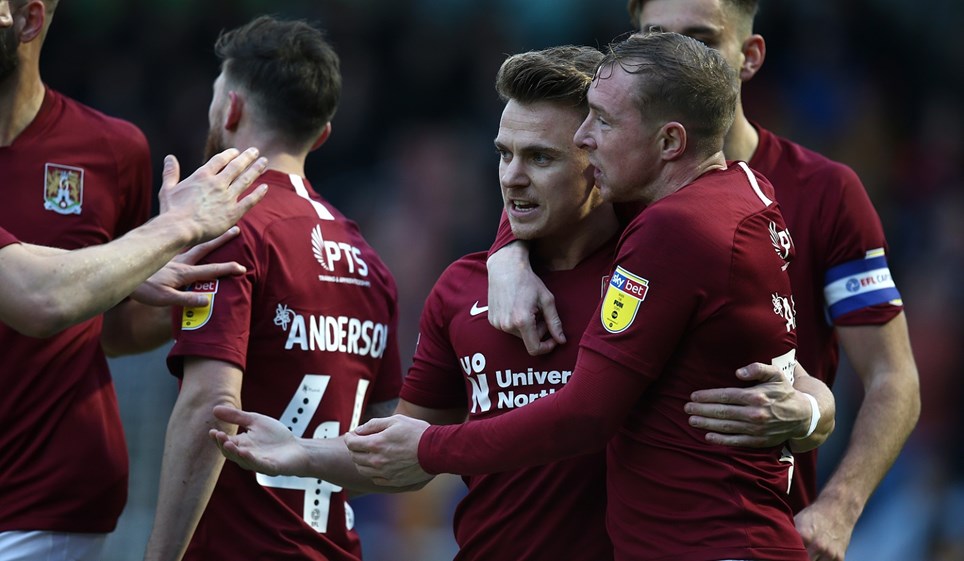 
Tickets for Sunday's Emirates FA Cup tie against Notts County at the PTS Academy Stadium (2pm kick off) are now on sale from the ticket office and ntfcdirect.co.uk 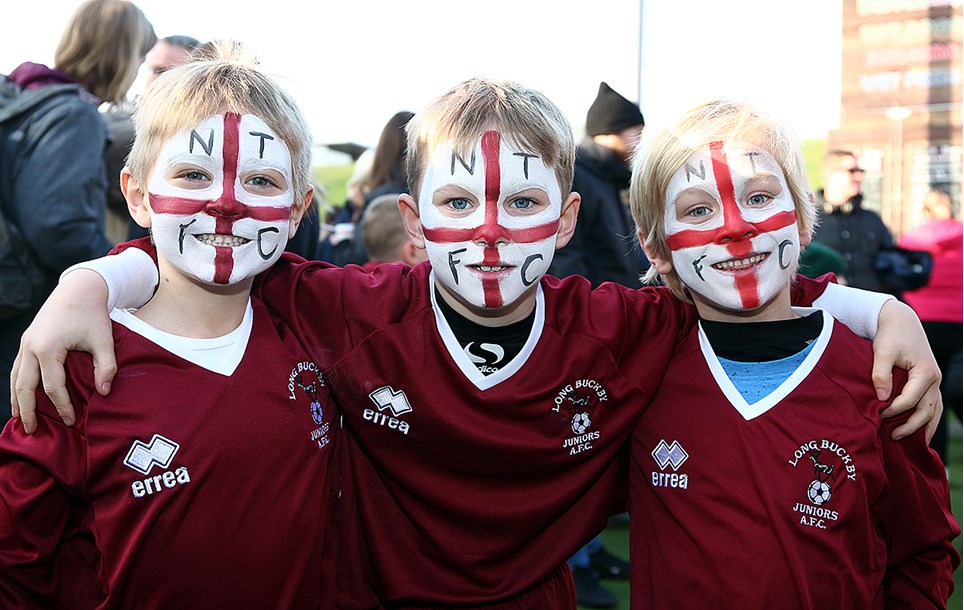 PRE-MATCH FUN FOR ALL THE FAMILY ON SUNDAY!


There is plenty taking place pre-match for all supporters attending Sunday's game at the PTS Academy Stadium. 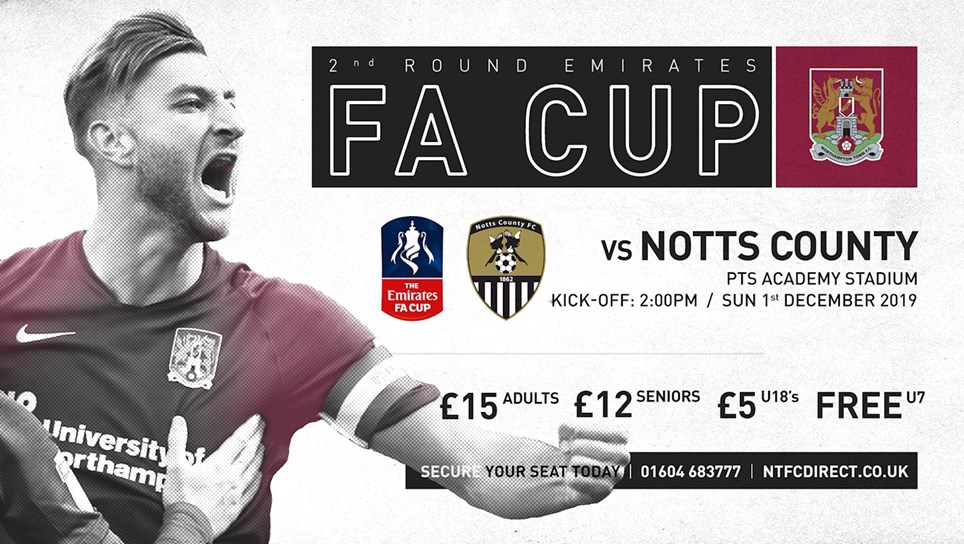