Sent off:
Mansfield: none
Cobblers: none

Alan McCormack was back for the Cobblers for the pre-Christmas trip to Mansfield who had Graham Coughlan in charge for the first time following his appointment earlier in the week. McCormack replaced Chris Lines who missed the game through illness.

In a lively start the Cobblers almost took the lead inside 20 seconds, Sam Hoskins rattling the cross bar after a neat flick on from Vadaine Oliver while for Mansfield Will Tomlinson let fly from 30-yards but his fierce volley whistled wide.

Bobby Olejnik made a smart save to deny Nicky Adams with David Cornell saving comfortably from Danny Rose at the other end. The Cobblers were creating chances and Ryan Watson had a shot from 20-yards deflected just wide with Scott Wharton’s header from the subsequent corner landing on the roof of the net. Andy Cook headed over following a counter-attack from the home side.

With half-time approaching the Cobblers had another chance to make the breakthrough when a teasing cross in to the box from Michael Harriman almost found Watson but the midfielder couldn’t quite get his head to the ball and the score remained goalless going in at the break.

The home fans thought Danny Rose had opened the scoring on 57 minutes but his flick from Mal Benning’s free-kick fell just wide. CJ Hamilton then also went close before Keith Curle made a double change, Harry Smith and Andy Williams on for Paul Anderson and Alan McCormack.

Mansfield took the lead with just over fifteen minutes to play, Andy Cook beating Cornell with a shot from the edge of the area.

Cornell made a good save to prevent Alex MacDonald making it 2-0 and a Craig Davies shot over on the follow-up proved costly when the Cobblers equalised on 84 minutes, Harry Smith heading home a Nicky Adams cross.

Smith’s goal took the sting out of the home side and despite seven minutes of stoppage time 1-1 was how it finished.

We have been allocated 800 tickets for this game and these are now on sale from the PTS Academy Stadium and ntfcdirect.co.uk

The admission price for disabled supporters (with a carer) is based upon their relevant age category whilst a carer is admitted free of charge.

Please note that young adults must show ID at time of purchase/collection and are advised to bring it with them on the day of the match too.

A supporter is eligible for a free carer ticket if they have:

Subject to availability, tickets will be available to purchase on arrival for the game, with a £2.50 increase per age category. These will be cash only sales as there is no facility for card payments at the away end.

All advanced sales will end at 4pm on Friday (December 20th). 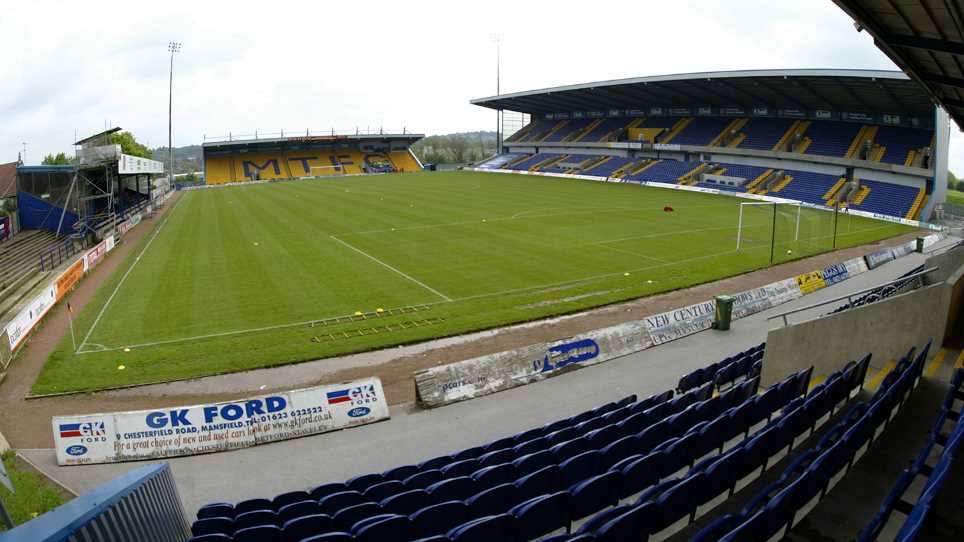 TICKETS ARE NOW ON SALE FOR THE GAME AT MANSFIELD TOWN