Sent off:
Crawley: none
Cobblers: none

The Cobblers travelled to Crawley Town on Boxing Day with the match surviving a late pitch inspection before finally being given the go ahead by referee Sam Purkiss less than an hour before kick-off. Steve Arnold replaced David Cornell in goal with Joe Martin, Chris Lines and Harry Smith also coming into the side in place of Paul Anderson, Michael Harriman and Vadaine Oliver.

Arnold made a comfortable save from Ollie Palmer and Scott Wharton blocked an Ashley Nadesan shot from close range as Crawley looked for an early goal. The Cobblers first chance of the afternoon came from a Nicky Adams free-kick with Smith heading wide.

A quick Crawley counter-attack found a well-placed Panutche Camara inside the penalty area but he failed to find the target in what was a good chance for the hosts and a warning for the Cobblers.

The home side had been pressing and the breakthrough came on 27 minutes, Nathan Ferguson with a powerful shot following a quickly taken throw-in.

Sam Hoskins had a chance to equalise before half-time but his looping header landed on the roof of the net and Crawley led at the break.

Keith Curle made a change not long into the second half with Shaun McWilliams coming on for Alan McCormack.

The Cobblers appealed for a penalty soon afterwards when Charlie Goode went down in the area but the referee wasn’t convinced and waved play on.

Andy Williams came on for Chris Lines in the Cobblers second change but Crawley then doubled their lead with Bez Lubala curling a shot into the bottom corner after a flick on in the area from Palmer.

Palmer dragged a shot wide and a smart save from Arnold denied Lubala as Crawley looked to seal the game with a third goal. Vadaine Oliver then replaced Martin in the Cobblers final change before Arnold saved with his legs to prevent Palmer making it 3-0.

Goode made a vital interception to deny Crawley substitute Mason Bloomfield a clear shot on goal but Crawley and Ollie Palmer weren’t to be denied a third, Palmer turning home a cross from close range and things were to get worse when Mason Bloomfield rounded Arnold to make it 4-0.

To compound the Cobblers afternoon further McWilliams left the field on a stretcher in stoppage time  and Harry Smith was similarly forced off, the Cobblers ending the afternoon with nine men having already made all three substitutions.

We have been allocated an initial 700 tickets for this fixture, with 300 seats in the People's Pension Stand and 400 tickets in the KR-L Stand.

Tickets are now on sale from the PTS Academy Stadium and ntfcdirect.co.uk priced as follows:

Ambulant disabled supporters pay the appropriate age category price but helpers (one per person) are free of charge. Wheelchair users tickets are in the People's Pension Stand.

Disabled seating/carer tickets should be purchased by calling Crawley Town on 01293 410000.

Supporters can pay or collect tickets on arrival, from the matchday ticket collection window.

All advanced sales end at 11am on Christmas Eve. 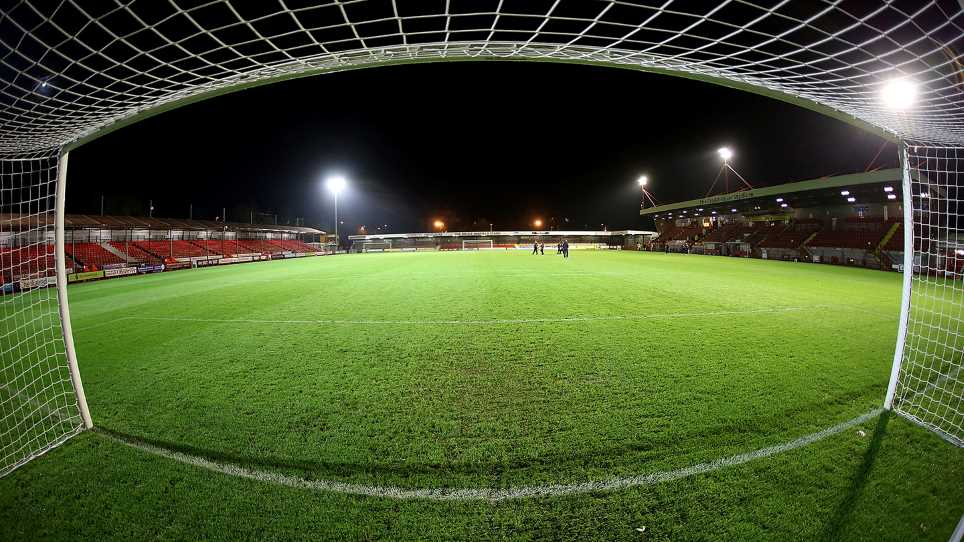 TICKET DETAILS FOR THE BOXING DAY GAME AT CRAWLEY TOWN