Andy Williams, Chris Lines and Joe Bunney came into the side as boss Keith Curle made three changes for the trip to early Sky Bet League 2 pacesetters Swindon Town. Harry Smith and Matt Warburton dropped to the bench with Joe Martin ruled out through injury.

In a fairly quiet opening twenty minutes in terms of clear cut chances for either side, Charlie Goode had a header cleared from a Nicky Adams free-kick while Lloyd Isgrove curled over from distance for the home side.

Jordan Turnbull was alert to the danger with Eoin Doyle sniffing out an opportunity before the Cobblers enjoyed a spell of pressure with only some last-ditch defending preventing Sam Hoskins playing in Scott Wharton. The game was now starting to open up and Goode made an important challenge to block a shot from Doyle behind for a corner.

With half-time approaching Turnbull made a driving run into the opposition box after winning possession inside the Cobblers half only to drag his shot wide as the first 45 ended goalless.

Swindon started the second half strongly and Goode was again in the right place at the right time to clear a low drilled cross from Kayne Woolery, Bunney also made an important block and David Cornel showed good reactions to tip over a flashed header from Jordan Lyden.

Cornell made another good save to deny Dion Conroy and moments later the Cobblers were in front, Andy Williams onto a long ball forward from Ryan Watson before finishing superbly from a tight angle. There was then a discussion between the referee and the linesman as the Swindon players appealed for off-side but the goal stood.

The home side had a chance to equalise when Adam May blazed a shot over the bar with Keith Curle having just been forced into a change, Scott Wharton replaced by Billy Waters after picking up a knock.

Woolery headed wide from a corner after Robins substitute Tyler Reid had a shot deflected behind. Goalscorer Williams then made way for Vadaine Oliver in the Cobblers second change.

Six minutes of stoppage time were signalled by the fourth official but the Cobblers remained assured in their defending to close the game out and claim a 1-0 victory, a Michael Doughty free-kick curled just over the bar the closest Swindon came to grabbing an equaliser.

We have been allocated an initial 700 unreserved seating tickets in the Arkle Stand although more tickets are available if required.

Tickets are now on sale from the PTS Academy Stadium and ntfcdirect.co.uk priced as follows:
Adults £23
Over 65/Student £17
Under 21 £10
Under 18 £6
Under 11 £2
Wheelchair/ambulant disabled pay the appropriate age price with a carer (if required) free of charge.

All advanced sales will end at 4pm on Monday (August 19th) but tickets will be on sale on arrival at the game from the away ticket office, close to the away turnstiles at the County Ground.

Tickets purchased online and not collected from the PTS Academy Stadium will be taken to the County Ground for collection on arrival. 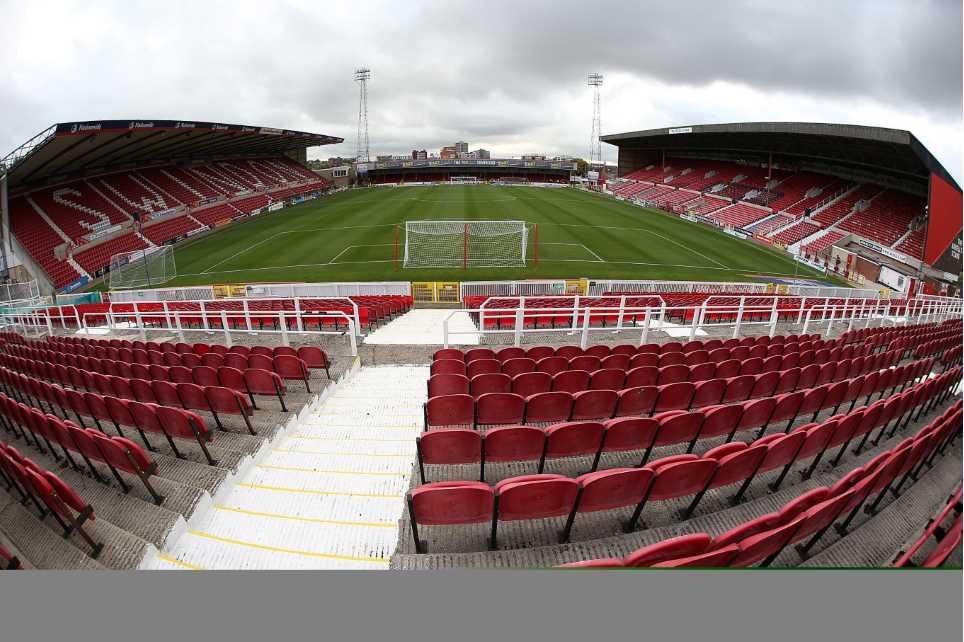 TICKETS ON SALE FOR GAME AT SWINDON TOWN