Sent off:
Port Vale: none
Cobblers: none

Cobblers boss Keith Curle made two changes for Northampton Town’s first away game of the season. Steve Arnold replaced David Cornell in goal while Ryan Watson came in for the injured Alan McCormack.

On an unseasonably windy August afternoon in Staffordshire, it was former Cobblers loanee Manny Oyeleke who had the first opportunity of the game for the home side, firing wide from the edge of the area after 18 minutes.

Eight minutes later, Vale had the lead, David Amoo with a close range header from a corner and shortly afterwards James Gibbons went close, but his powerful shot was just wide of the near post.

The Cobblers gradually grew into the first half, and after Matt Warburton had found Sam Hoskins, the latter, on his 150th Northampton Town appearance, sent in a cross shot that keeper Scott Browne went down low to save.

Hoskins then saw his effort from a Harry Smith cross deflected over before the Cobblers levelled in first half stoppage time, Joe Martin’s corner was flicked on by Charlie Goode and Ryan Watson turned home a header at the far post.

There was still time for Steve Arnold to save a Tom Conlon free kick before the first half drew to a close.

Scott Wharton saw a 53rd minute header blocked on the line as a Chris Lines follow up shot was also blocked in early second half pressure for the Cobblers.

Keith Curle was forced in to a double change just after the hour mark when substitute keeper David Cornell replaced the injured Steve Arnold and Joe Bunney came on for Joe Martin who was on a yellow card.

Watson then saw a header blocked before Port Vale rattled the cross bar, Oyeleke turning a Pope header goalwards and against the woodwork.

Leon Legge headed wide from a David Worrall corner, while from another Worrall flag kick, Luke Joyce drove wide from the edge of the area.

Cornell went down low to save from Amoo during five minutes of stoppage time before Chris Lines made a terrific block from Tom Pope as the home side pressed. Cornell tipped the header from the resulting corner over the bar to ensure the points were shared.

We have been sent an initial 700 tickets for this fixture and these are now on sale from the PTS Academy Stadium and ntfcdirect.co.uk

Tickets will be available to purchase on arrival with a £2 price increase. Sales on the day will be from the away sales kiosk situated outside the away stand from 1pm.

Supporters who are ambulant disabled and are receiving medium or high ratings may have a carer with them free of charge. Port Vale have asked us to notify travelling supporters there are no facilities for supporters with disabilities available in the away stand.

The stand designated for supporters with disabilities is a mixed supporters area at the opposite end of the stadium.

Car parking for supporters with a disability can be purchased at £10 per car from Port Vale.

General car parking is available, pay on the day with no advanced bookings at £5 per car, £16 per mini bus and £25 per coach.

All advanced sales will end at 3pm on Friday August 9th.

Port Vale have advised us that pre paid tickets are to be collected from the away ticket office which is situated on the away car park (Entrance C on Hamil Road).

The ticket office there is cash only for people wanting to pay on the day, anyone wishing to pay by card will have to walk around to the main ticket office situated on Car Park B.

Port Vale have a limited number of disabled parking spaces which need to be pre-booked directly from POrt Vale. They go very quickly on a first come, first served basis. 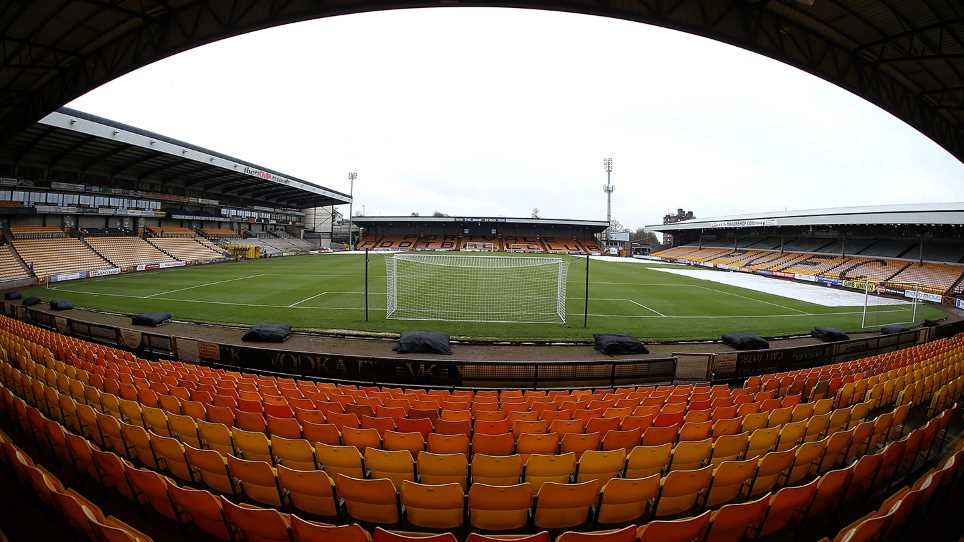 TICKETS NOW ON SALE FOR GAME AT PORT VALE