Sent off:
Cobblers: none
Plymouth: none

One of the promotion favourites, Plymouth Argyle, were the visitors to the PTS Academy Stadium as the first month of the new season came to a close. Matt Warburton replaced Vadaine Oliver in the only change to the Cobblers side that started the previous league fixture with Joe Martin and Scott Wharton named on the bench on their return from injury.

Ryan Watson put the Cobblers in front from the penalty spot following a frantic start to the game from both sides, the spot kick awarded for handball by Callum McFadzean despite the player’s protestations.

It wasn’t long before Plymouth were back on level terms though, Joe Riley’s low free-kick finding the bottom corner to make it 1-1 with just ten minutes played.

The goals kept coming and on 21 minutes the Cobblers were back in front through Andy Williams. Warburton and Hoskins were both involved in the build-up with the latter’s cross expertly turned in by Williams at the back-post.

Nicky Adams warmed the gloves of Alex Palmer as the Cobblers looked to extend their lead but it could have been 2-2 when Gary Sawyer headed over from close range. Adams then curled a delightful free-kick against the base of the post with Palmer saving from Hoskins on the follow-up. There was a real pace to the game and a rushed clearance from Palmer, under pressure from Williams, presented Adams with another shooting chance but his deft chip from 20-yards went just wide.

The Cobblers were pressing forward with real purpose and Andy Williams made it 3-1 before half-time, Hoskins again the provider, Williams volley into the ground looping over Palmer and into the net. There was still time for some more drama in first half stoppage time, Hoskins denied by a good save from Palmer.

Byron Moore and Josh Grant came on as Plymouth made a double change at half-time, Zak Rudden and Gary Sawyer replaced. Argyle were looking for a way back into the game but when Danny Mayor went down in the area appealing for a penalty a yellow card was shown for simulation. Billy Waters came on for Matt Warburton in the Cobblers first change with George Cooper on for Plymouth after Ryan Taylor picked up a knock.

Williams showed good strength and nearly completed his hat-trick with a shot that went narrowly wide , Waters fired over and Watson drew a save from Palmer with the Cobblers looking for a fourth goal to put the game to bed. Moore meanwhile spurned a golden opportunity to pull a goal back for Plymouth, failing to find the target from three-yards.

Joe Martin for Nicky Adams was the Cobblers second change with Williams replaced by Vadaine Oliver soon after, the striker leaving the field to a standing ovation having bagged two first half goals.

David Cornell on the stretch pulled off a fine save to tip over a shot from Cooper that looked destined for the top corner as the visitors looked to mount a late spell of pressure. Palmer denied Joe Bunney as the game entered stoppage time and it finished 3-1, the Cobblers impressive and thoroughly deserving of all three points.

Tickets for Saturday's game against Plymouth Argyle at the PTS Academy Stadium (3pm kick off) are now on sale from the ticket office and ntfcdirect.co.uk

PLENTY HAPPENING AHEAD OF SATURDAY'S GAME 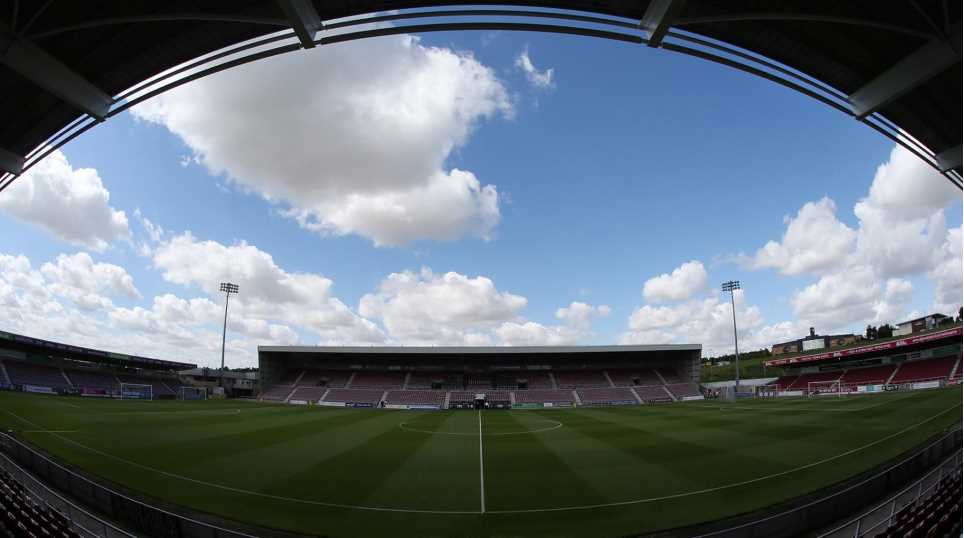 TICKETS ON SALE FOR SATURDAY'S VISIT FROM PLYMOUTH ARGYLE


Tickets for Saturday's game against Plymouth Argyle at the PTS Academy Stadium (3pm kick off) are now on sale from the ticket office and ntfcdirect.co.uk