Sent off:
Cobblers: none
Macclesfield: none

Macclesfield Town were the second visitors of the season to the PTS Academy Stadium as the Cobblers looked to build on a draw at Port Vale and an encouraging Carabao Cup performance at Swansea City. Keith Curle was without injured full-back Reece Hall-Johnson as well as goalkeeper Steve Arnold and Alan McCormack while Macclesfield, who parted company with their manager Sol Campbell on Thursday, included former Cobblers midfielder Jak McCourt in their starting line-up.

Joe Ironside headed just wide from a McCourt cross as Macclesfield went close on 8 minutes while for the Cobblers Matt Warburton couldn’t find the target after Ryan Watson’s initial effort had been blocked. A Nicky Adams free-kick then created an opportunity for Scott Wharton but his looping header went over the crossbar.

There was a moment of controversy when Macclesfield goalkeeper Owen Evans had to save with his hands when receiving the ball back from defender Fiacre Kelleher but despite it being an apparent backpass the referee only awarded a corner which the visitors survived, Warburton unable to keep his shot down under pressure in the box.

With just over five minutes to go before half-time Ben Stephens put Macclesfield in front with a neat right-footed finish, Theo Archibald’s throughball creating the opening. The visitors then went close to doubling their lead in first-half stoppage time, McCourt’s free-kick cannoning back off the upright.

Keith Curle made a change at half-time, summer signing Vadaine Oliver on to make his competitive debut for the club with Harry Smith making way. Charlie Goode made an important block to deny Ironside a shooting opportunity as Macclesfield pressed for a second goal, Kelleher also going close with a deflected header from another dangerous McCourt set-piece.

Andy Williams replaced Joe Martin in the Cobblers second change before Evans saved from Warburton. Emmanuel Osadebe then played in Stephens with David Cornell needing to pull off a smart save to prevent the Silkmen’s Goalscorer doubling his tally for the afternoon.

The Cobblers equalised from a corner with just under twenty minutes to play, Jordan Turnbull providing the finishing touch after Goode’s flick on. The goal visibly lifted the home side and a second nearly followed when Oliver drew a good save from Evans. Williams then spurned a good opportunity to score when Adams free-kick struck the post, the striker’s follow-up effort going wide.

Momentum was now very much with the Cobblers and it needed a point blank save from Evans to prevent Williams making it 2-1. There was still danger at the other end though, Ironside nearly on hand to tap home after Cornell could only parry a shot from substitute Virgil Gomis.

Macclesfield re-took the lead in the 90th minute, Theo Archibald in at the back-post to score what proved to be the winner. The Cobblers pressed hard in injury time but Evans saved from Oliver and Williams had a shot blocked at close range as the Silkmen held on.

A big thank you to all of the teams, groups or schools and all of the young supporters who came to the game on Saturday.


Tickets for Saturday's game against Macclesfield Town at the PTS Academy Stadium (3pm kick off) are now on sale from the ticket office and ntfcdirect.co.uk 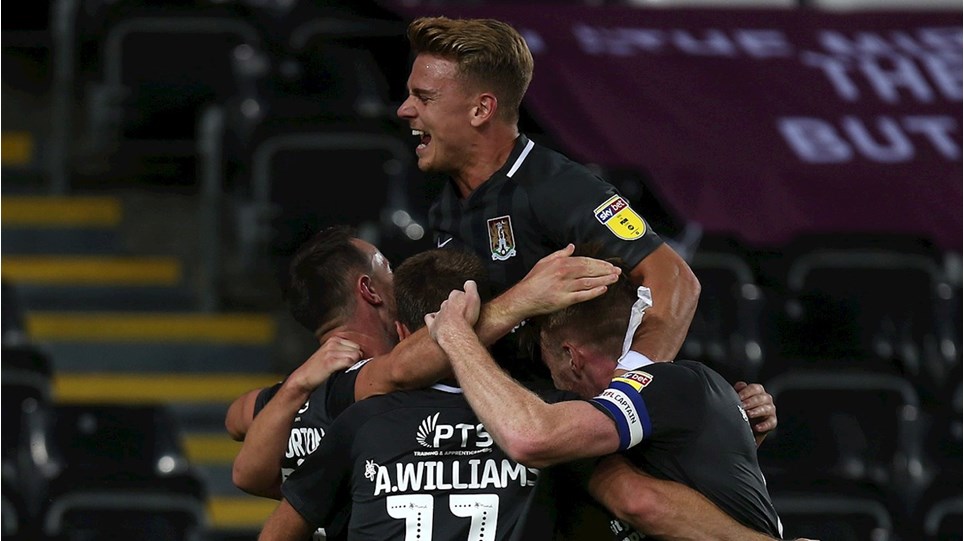 
Tickets for Saturday's game against Macclesfield Town at the PTS Academy Stadium (3pm kick off) are now on sale from the ticket office and ntfcdirect.co.uk 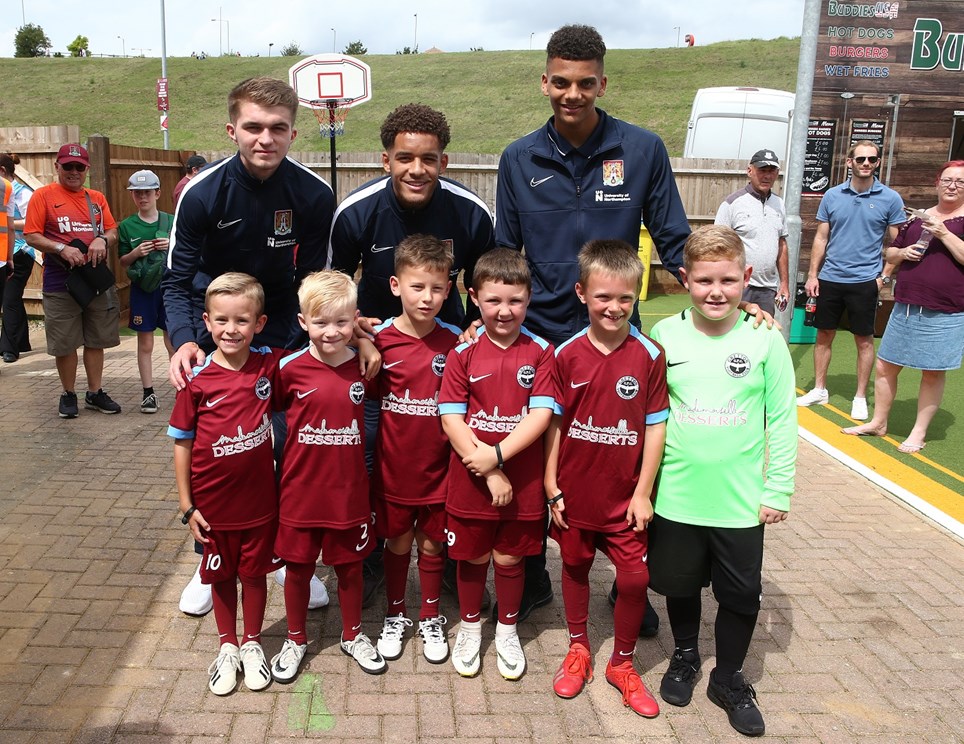 PRE-MATCH FUN FOR ALL THE FAMILY AHEAD OF KICK OFF!