Sent off:
Colchester: none
Cobblers: none

It was a glorious sunny afternoon in Essex as the Cobblers made the trip to Colchester United. Vadaine Oliver came into the side to make his first start for the club, replacing Scott Wharton who picked up a knock in the midweek win at Swindon.

The change meant a switch in formation with Oliver partnering Andy Williams in attack, Jordan Turnbull moving back into the defence. Goalkeeper Andrew Fisher was named on the bench 24 hours after joining on-loan from Blackburn Rovers as cover for the injured Steve Arnold.

Dean Gerken saved from Sam Hoskins in the first sight at goal for either side, the U’s keeper forced to parry after Hoskins let fly from 25-yards. A vital headed interception from Tom Eastman prevented Nicky Adams cross finding a well-placed Williams in front of goal before Oliver went agonisingly close to opening the scoring, his header from Hoskins cross cleared off the line.

Luke Norris curled a free-kick over the bar for the home side while from another set-piece the one-time Cobblers loanee went close with a header. The home side were growing into the contest and David Cornell was called into action to turn behind a shot from Ben Stevenson.

Charlie Goode and Joe Bunney combined to deny Frank Nouble early in the second half with Cornell out quickly to smother Courtney Senior’s follow-up effort. On a hot afternoon the game was starting to open up, Gerken saving a looping header from Ryan Watson and Goode making another important block as play quickly switched ends.

Another good save from Cornell was needed to deny U’s substitute Luke Gambin while a dipping effort from Watson went narrowly over the bar as Billy Waters came on for Oliver in the Cobblers first change.

Gambin was once again thwarted by another fine save from Cornell but from the subsequent corner the home side were awarded a penalty which Luke Norris converted to put the home side in front.

A first-time volley from Bunney flew just over the bar before Williams was replaced by Harry Smith. A diving save from Gerken was needed to turn behind a low shot from Adams and Hoskins had a shot deflected over as the Cobblers enjoyed a spell of pressure in search of an equaliser.

Scott Pollock came on for Chris Lines with stoppage time fast approaching but despite their best efforts, Pollock going close with a shot over the bar, the Cobblers couldn’t force an equaliser and Colchester held on to claim the three points.

Colchester United have asked us to make visiting supporters aware of the following information ahead of Saturday's game.

Cashless Stadium
Please note that, as of summer 2019, the JobServe Community Stadium is a cashless venue.

Details of how it works can be found here

Whilst there are cash opportunities at the Ticket Office and in the away concourses, there will be some areas of the stadium that away fans visit that will be card only.

Travel
Supporters are reminded that the shuttle bus service from the train station came to a close in the summer of 2018.

Supporters coming by train are therefore recommended to catch a taxi from the train station, to catch the number 65 from the stops just outside of the station or to walk to the stadium (around 30 minutes walk).

Parking
Parking is available to book at the stadium car park for £6 per vehicle. This can be booked online at colutickets.com or by calling 01206 755161.

Allocated disabled parking is available at the same price but is in high demand, so advance booking on the above number is recommended.

However, all parking at the stadium is within short walking distance of the away end.

Alternatively, there is parking available at the nearby Colchester Park & Ride car park at £3 per car. If parking here, please leave the car park via the exit next to McDonald’s and walk back along Boxted Road to reach the stadium.

Refreshments
Food – such as sandwiches and snacks – and drink including alcohol is available at the Hot Shots café adjacent to main reception.

Colchester now also have a Supporters Bar and Fanzone open next to main reception, which allows fans of both sides to mingle.

Both Hotshots and the Supporters Bar are cashless areas.

Match programme
Please note that the match programme is included in your ticket purchase, so please collect your copy when you go through the turnstiles on matchday.

A reminder that ticket details are here. 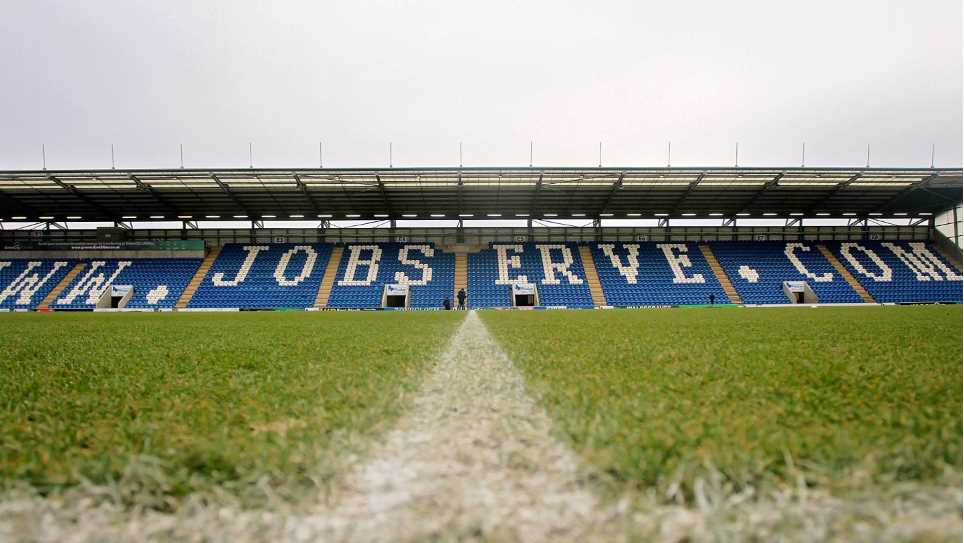