Sent off:
Cobblers: none
Fulham under 21s: none

The group stage of the Checkatrade Trophy came to a conclusion at the PTS Academy Stadium on Tuesday night with the Cobblers knowing a win by two or more goals over Fulham under 21s would guarantee them a place in the knockout stages.

Aaron Pierre almost added to his recent goal tally early on, heading narrowly over from a David Buchanan corner. Jordan Turnbull also saw a shot blocked at close range as the Cobblers looked to make the breakthrough which came on 16 minutes, Aaron Pierre scoring with a powerful header from a Hakeem Odoffin free-kick.

Sam Hoskins quickly doubled the lead, firing a shot past Taye Ashby-Hammond. The Cobblers were looking dangerous with every attack and Billy Waters whipped a shot just wide after a neat interchange with Hoskins. Fulham U21s had one or two half chances but failed to test Lewis Ward in a fairly one-sided first half.

Camron McWilliams came on for the second half, replacing Pierre to make his professional debut. The flow of the game remained the same and a terrific half-volley from Hoskins whistled just wide from 35-yards.

A rising shot from Cameron Thompson was comfortably saved by Ward before Joe Iaciofano came on for Andy Williams. Fulham were starting to pose more of a threat and it needed a good save from Ward to deny Jaydn Mundle-Smith. Shaun McWilliams made way for Sean Whaler in the Cobblers final change as they booked their place in the second round as group runners up.

Northampton Town welcome Fulham under 21s to the PTS Academy Stadium in the Checkatrade Trophy on Tuesday evening (kick off 7.45pm).

The West Stand and Moulton College Stands are open for this game and ticket prices have been reduced to just £5 for adults and senior citizens and £1 for under 18s.

Please visit the main ticket office if you are looking to purchase tickets on arrival.

Please note that tickets for forthcoming home and away games are on sale, but for the hour before kick off the ticket office will be selling Fulham match tickets only. 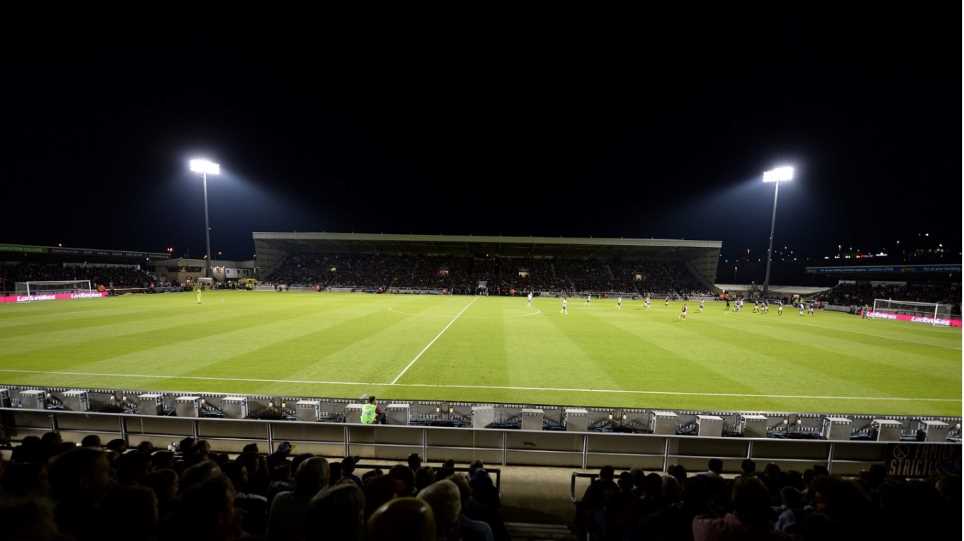 REDUCED PRICE TICKETS ON SALE FOR FULHAM UNDER 21S TIE


Northampton Town welcome Fulham under 21 to the PTS Academy Stadium in the Checkatrade Trophy on Tuesday evening (kick off 7.45pm).