Junior Morias returned to the matchday squad for the first time since early September after recovering from a hamstring injury. The striker was named on the bench for the Emirates FA Cup first round tie away at League 2 leaders Lincoln City.

After a cagey opening fifteen minutes it was Lincoln who took the lead, Harry Anderson finding the bottom right corner of the net after a cross in from Bruno Andrade.

A dangerous ball in from Kevin van Veen was palmed away by Josh Vickers with Jon-Joe O’Toole and Andy Williams lurking before an important save from David Cornell with his feet prevented Shay McCartan doubling the home side’s lead. McCartan then again went close, firing a shot just wide with Cornell at full-stretch.

O’Toole tried a shot from distance that was well saved by Vickers and despite some late first half pressure from the Cobblers Lincoln lead at the break.

Lincoln appealed for a penalty when McCartan went down shoulder to shoulder with David Buchanan but referee Graham Salisbury was unmoved.

The Imps doubled their lead on 52 minutes, Tom Pett blasting a shot into the bottom right corner, Cornell as with the first goal, given no chance.

Aaron Pierre had a shot blocked as the Cobblers looked for a quick response and they were back in it when Jack Bridge beat Vickers with a low shot. Not long after that Keith Curle made a change bringing on Junior Morias for Andy Williams.

Kevin van Veen curled a strike from 35-yards that was somehow turned behind by Vickers as the Cobblers went agonisingly close to an equaliser. Harry Anderson headed straight at Cornell and the Cobblers keeper made another good save to deny McCartan to keep the score at 2-1. Goalscorer Pett also passed up a chance to restore the home side’s two-goal lead with just over ten minutes to play.

The Cobblers comeback was complete and they were back on level terms on 81 minutes, Kevin van Veen with a superb turn and shot inside the area having been found by Hakeem Odoffin.

There was to be some late drama though and Lincoln re-took the lead in injury time, Bruno Andrade settling the tie with what proved to be a decisive strike from range. Junior Morias was shown a straight red card following a scuffle and despite pressing hard the Cobblers exited the Emirates FA Cup at the first round stage.

This tie will take place as above. We have been allocated an initial 812 unreserved seating tickets with 6 pairs of wheelchair tickets for this game with prices reduced as below:

Lincoln City use a QR code ticketing system, so please look after your ticket and make sure the QR code remains intact.

Disabled supporters should have a medium or high level of Disability Living Allowance and any rate of PIP to qualify for a concession rate. Lincoln City advise that disabled helpers tickets will only be issued upon proof of a HIGH rate DLA or an ENHANCED rate of PIP.

Advanced sales will cease at noon on Friday but supporters will be able to pay on arrival at the game with no price increase. 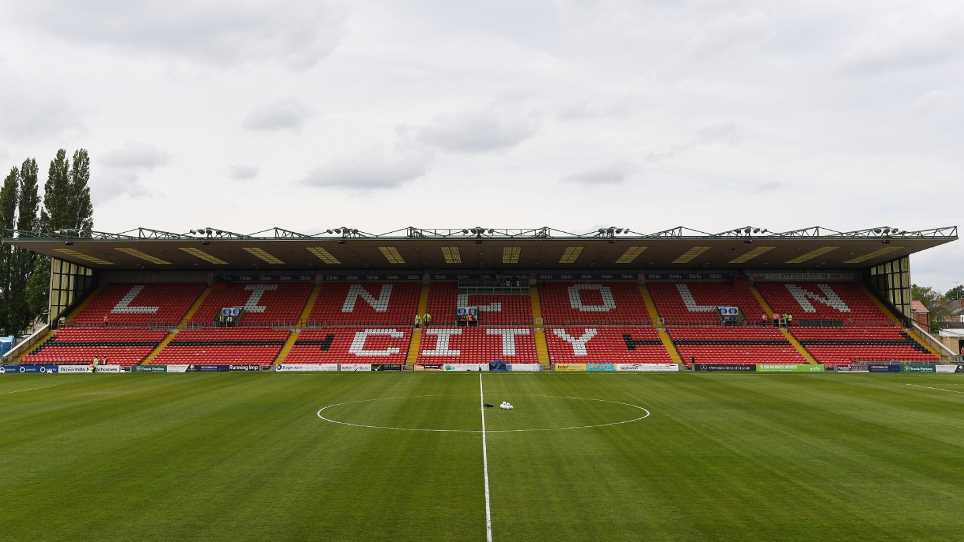