The Coblers side was unchanged for the game at a very blustery Blundell Park with Marvin Sordell, fully recovered from injury, on the bench.

Sam Foley flashed an early effort just wide while a back header from a Grimsby Town defender almost led to an own goal. Wes Thomas shot wide for the Mariners with a strong wind making conditions difficult for both sides.

David Cornell was out quickly to save at the feet of Elliot Embleton and Jake Hessenthaler went close with a shot from distance as the first half ended goalless.

As the second half began, the game remained delicately poised. Andy Williams and David Buchanan combined to play in Sam Hoskins but his flicked header at the near post went wide.

Embleton curled a shot narrowly wide from 20-yards as the second half reached the midway point, the Cobblers then making a change, Marvin Sordell on for Daniel Powell. Grimsby were enjoying a spell of pressure and it needed an important clearance from Ash Taylor to maintain parity.

The home side survived penalty appeals when Sam Foley went down in the area and as the Cobblers continued to press, Foley tried an audacious chip from 40-yards, James McKeown getting back just in time to make the save.

Aaron Pierre then went close from an acute angle as Jack Bridge replaced Andy Williams for the closing stages. Unlike against Newport in midweek there was to be no late winner though as the game finished all-square.

We have been allocated an initial 680 Osmond Stand reserved seating tickets priced as follows:

Supporters claiming concession tickets should provide proof of status as this may be checked on arrival at the game.

All ticket prices rise by £2 on the day of the game apart from junior tickets.

Tickets are now on sale from the PTS Academy Stadium and ntfcdirect.co.uk  and all advanced sales will end at 4pm on Friday.

Any tickets purchased online and not collected prior will be taken to the game for collection on arrival. 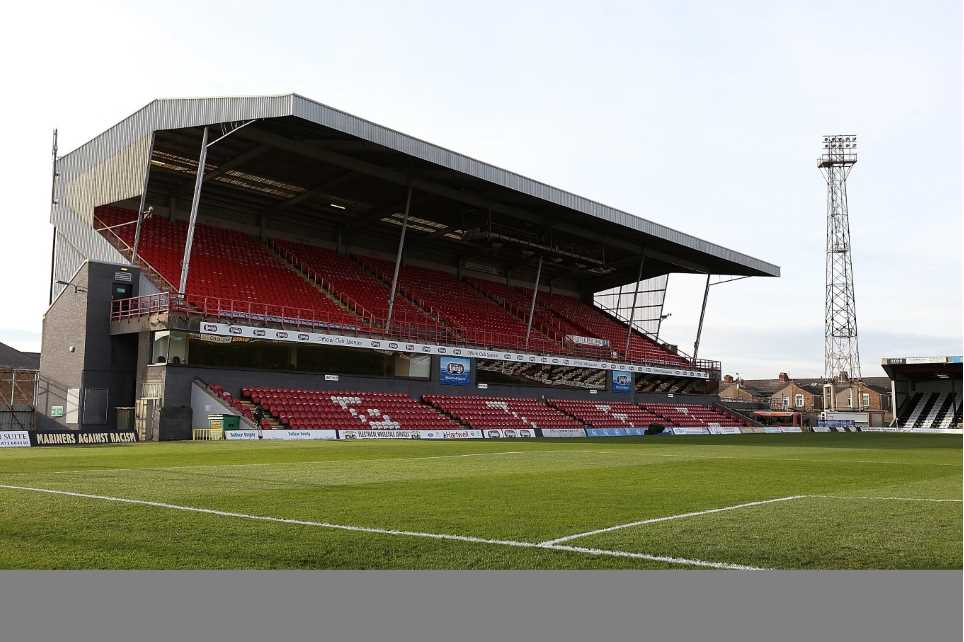 GRIMSBY TOWN TICKETS TO GO ON SALE ON FRIDAY