Sent off:
Crewe: none
Cobblers: none

For the second Saturday on the bounce the Cobblers were away from home and following the 2-1 win at Stevenage the previous week boss Keith Curle made two changes for the trip to Crewe Alexandra, Sam Foley and Daniel Powell coming in for Jack Bridge and Joe Powell.

The Cobblers started brightly but it was Crewe who spurned a golden opportunity to take the lead inside the opening ten minutes, Jordan Bowery failing to find the target from inside the six-yard box while Sam Hoskins, on the end of a long ball from David Cornell, went close with a 30-yard volley that landed on the roof of the Crewe net. John-Joe O’Toole had a chance to put the Cobblers in front from a tight angle but a goal line clearance from George Ray maintained parity.

It wouldn’t remain that way for long though and it was the Cobblers who made the breakthrough, Daniel Powell heading home from close range after the home side failed to clear their lines from a David Buchanan corner.

Scorer then turned provider as the Cobblers quickly doubled their lead, Powell crossing in for John-Joe O’Toole to score with a neat near-post volley.

Crewe started the second half on the offensive and it needed an important block from Ash Taylor to prevent Chris Porter halving the home side’s arrears. Charlie Goode meanwhile went close with a dipping effort from the edge of the area following a free-kick from Hoskins and O’Toole headed narrowly wide from a Taylor cross as the Cobblers went agonisingly close to a third goal.

Alex substitute Shaun Miller fired over the bar as Andy Williams and Dean Bowditch replaced Marvin Sordell and John-Joe O’Toole in a double change. Charlie Goode then had to be replaced after taking a blow to the head, Jay Williams coming on for the closing stages.

David Cornell made a fine reaction save to deny Callum Ainley late on before an astonishing nine minutes of stoppage time were signalled by the fourth official. The Cobblers keeper was called upon again in injury time, tipping over a shot from Porter and two goals in the space of three first half minutes proved decisive as Keith Curle’s side extended their unbeaten run to five matches.

We have been allocated an initial 737 tickets for this fixture with more available if required.

Tickets are now on sale from the PTS Academy Stadium and ntfcdirect.co.uk priced as follows:

Crewe operate a bar code scanning entry procedure, so please ensure your tickets are kept in a good condition.

All advanced sales will end at 4pm on Friday (March 1st). 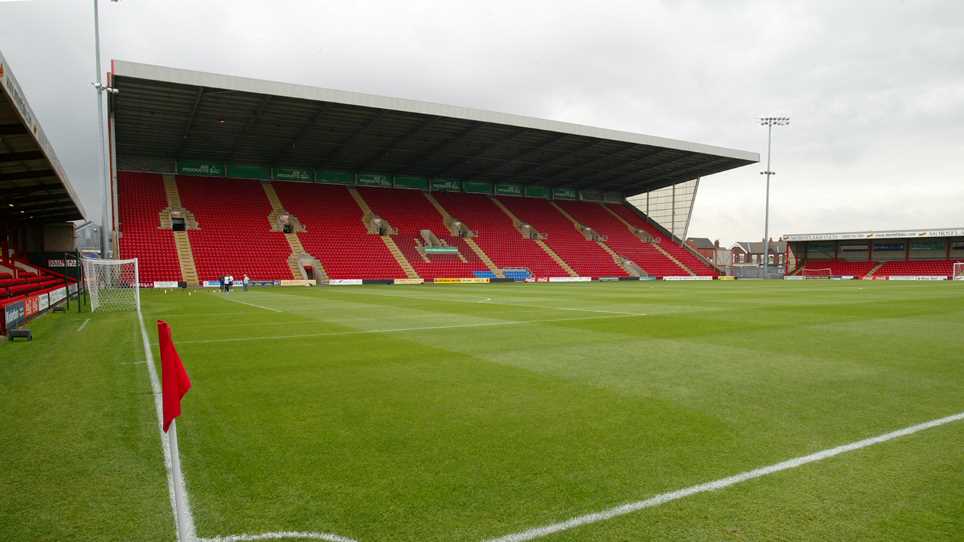