Northampton Town manager Dean Austin is likely to give a run out to a number of the players who did not appear on Tuesday for the visit of a Manchester United XI to the PTS Academy Stadium on Friday night, kick off 7.45pm.

“It will be a different team on Friday,” he said.

“Some of the players who didn’t play on Tuesday night will play and it’s great for me to have those options.

“We are edging our way up to the levels we want to be and we might try and get another behind closed doors game in-between our first two league games just to make sure everybody is at the optimum in terms of fitness because we are going to need everyone in the squad.

“The squad is shaping up quite nicely, at the moment we have got another game to play but the players are certainly giving me a lot to think about.”

Sent off:
Cobblers: none
Manchester United XI: none

The Cobblers took on a Manchester United XI at the PTS Academy Stadium on Friday night as the curtain came down on their pre-season campaign. Dean Austin once again named a number of the club’s youngsters in his squad while Regan Poole, who spent the 2017/18 season on-loan at the Cobblers, started at centre-half for United.

Daniel Powell had an early shot deflected behind and the Cobblers winger was denied by a good left-handed save from Kieran O’Hara in an encouraging opening twenty minutes from the home side.

Kevin van Veen tried an effort from distance on the half hour mark and from the flurry of corners that followed Leon Barnett had a shot blocked and Sam Foley headed over. Zachary Dearney speared a shot just wide in United’s first real sight at goal.

James Goff comfortably claimed a scuffed effort from Dearney 8-yards out while Poole blocked a goal bound effort from Billy Waters as the first half ended goalless.

Morgan Roberts replaced Dean Bowditch in the only change for either side at half-time. The second half started quietly before Powell had a shot blocked from an acute angle and Foley drew a comfortable save from O’Hara.

A covering goal line clearance from Jay Williams prevented James Wilson opening the scoring for United and not long after that the Cobblers took the lead, Billy Waters with a low finish from just inside the area after being teed-up by van Veen.

Van Veen doubled the Cobblers lead, heading in Powell’s right-wing cross from six-yards to seal a 2-0 win for Dean Austin’s side in their final pre-season friendly before the Sky Bet League 2 opener against Lincoln City at the PTS Academy Stadium on Saturday 4 August.

Tickets for Northampton Town's pre-season fixture with a Manchester United XI at the PTS Academy Stadium on Friday evening (7.45pm) are available to purchase on arrival, priced as below:

Tickets will be available to purchase from both the ticket point opposite the main entrance (cash only) or from the ticket office (cash or card.)

Please note the club store will be closed after the game. 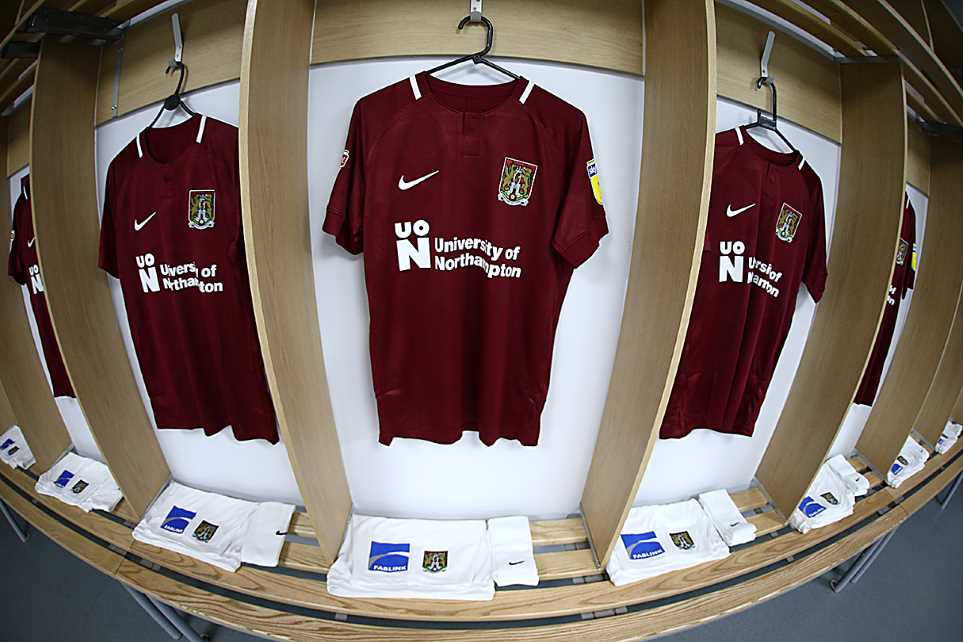 TICKETS ON SALE FOR FRIDAY'S VISIT FROM A MANCHESTER UNITED XI


Tickets for Northampton Town's home pre-season fixture against a Manchester United XI on Friday are now on sale from the PTS Academy Stadium and online via ntfcdirect.co.uk 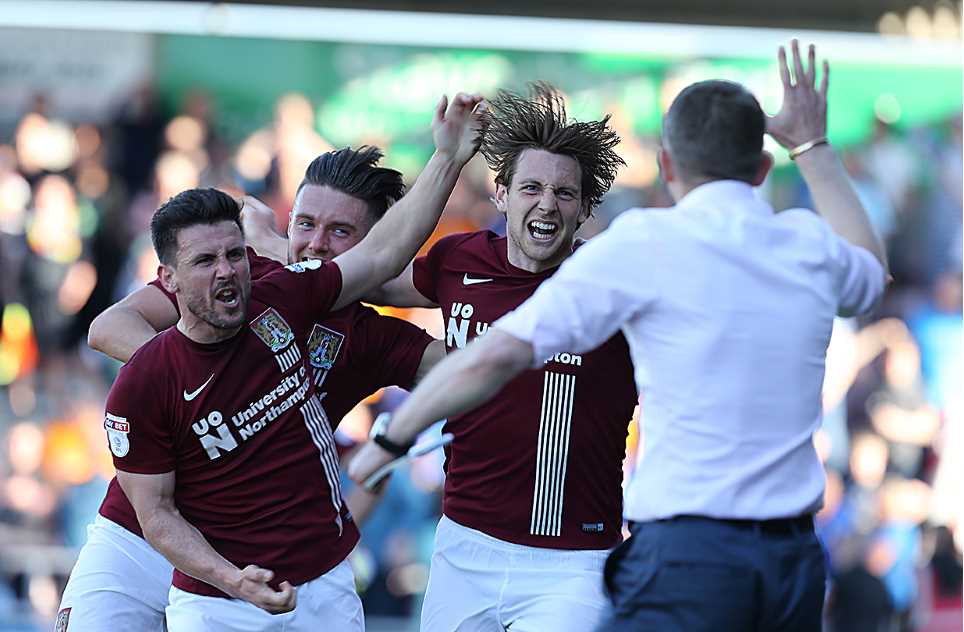