Sent off:
Cobblers: none
Morecambe: none

New loan signings Timi Elsnik (Derby County) and Joe Powell (West Ham United) both came straight into the Cobblers midfield for the visit of Morecambe to the PTS Academy Stadium. Defender Ash Taylor also came back in to the side after recovering from injury. The game kicked off at the earlier time of 2pm in order to avoid a direct clash with the Northampton Saints.

A cross from Jack Bridge set up a chance for Junior Morias on nine minutes but his effort was straight at Mark Halstead. There was then another half chance for Morias when a long looping throw from Taylor caused Morecambe problems but he couldn’t quite find the target.

The Cobblers were on top and got the goal they deserved midway through the first half, debutant Timi Elsnik finding the top corner from close range after a bit of pinball in the Morecambe area.

David Cornell pulled off a fine save to deny Andrew Tutte an equaliser before Morias saw a shot blocked at close range as the action quickly switched to the other end of the field. A double chance for Sam Hoskins then followed, Halstead making a good save from his first attempt with his follow-up effort wide.

Morecambe posed a threat on the break and but for one of his own players, in an off-side position, getting in the way, Rhys Oates may well have equalised before half-time while another chance for Hoskins went begging and Elsnik went close to a second with a deflected effort that went just wide in first half added time.

The Cobblers started the second half brightly but Morecambe equalised on the break, Richie Bennett on the end of a ball in from Kevin Ellison to tap home at the far post.

Andy Williams joined the action in place of Shay Facey in Keith Curle’s first change of the afternoon, the Cobblers continuing on the front foot despite the Shrimps equaliser. Hoskins curled a shot from 20-yards into the side netting before Cornell had to be alert at the other end to save from Vadaine Oliver.

Rhys Oates went close to putting the away side in front from a corner as Daniel Powell came on for Morias. Oliver then had the ball in the back of the net following another quick break from the visitors but the flag was already raised for off-side. Morgan Roberts replaced Joe Powell in the Cobblers final change with just under fifteen minutes to play.

Shrimps substitute Liam Mandeville dragged a shot wide and Halstead saved from Hoskins as time ticked toward the 90-minute mark with the score still 1-1 and that was how it finished.

Tickets for Saturday's game against Morecambe at the PTS Academy Stadium (2.00pm kick off) are now on sale from the ticket office and ntfcdirect.co.uk

Please note that tickets for forthcoming home and away games are on sale, but for the hour before kick off the ticket office will be selling Morecambe match tickets only.

As part of increased security measures, a 100% search policy will be in operation. Because of this, supporters are advised to arrive as early as possible. Turnstiles will be open from 12pm.

PRE-MATCH FUN AT THE MORECAMBE GAME 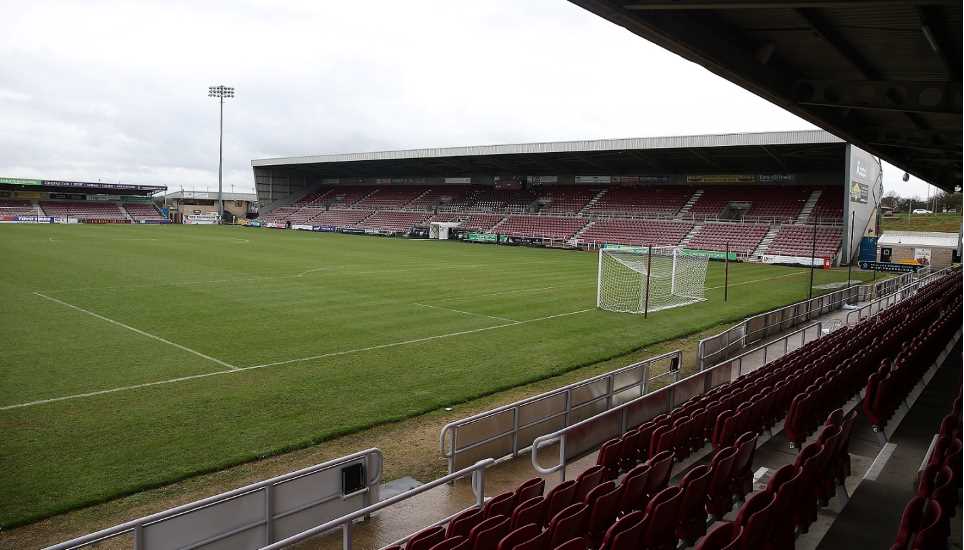 EARLY KICK OFF REMINDER FOR SATURDAY


A reminder that Saturday's game against Morecambe at the PTS Academy Stadium kicks off at the earlier time of 2pm. 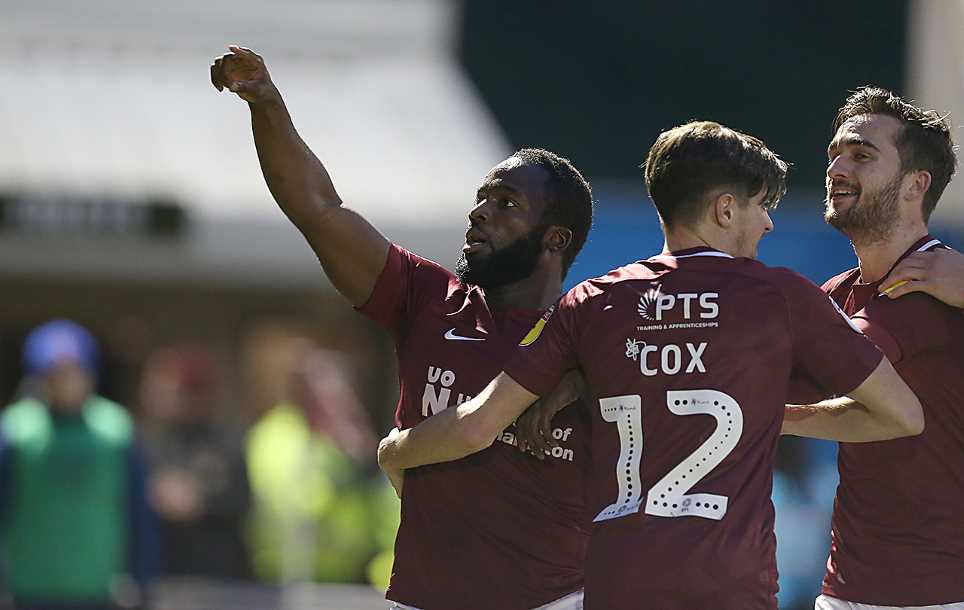 
Tickets for Saturday's game against Morecambe at the PTS Academy Stadium (2.00pm kick off) are now on sale from the ticket office and ntfcdirect.co.uk