Sent off:
Stevenage: none
Cobblers: none

Marvin Sordell and Jordan Turnbull both returned from injury for the trip to Stevenage with Sam Foley, also back fit, named on the bench. Joel Byrom and Alex Revell, two of four ex-Cobblers players in the Stevenage squad, lined up against their former employers.

On a warm and sunny afternoon in Hertfordshire there was attacking intent from both sides early on with Sam Hoskins and Alex Revell trading chances.

The Cobblers were posing a real threat going forward and they took the lead on 19 minutes, on-loan West Ham United midfielder Joe Powell finding the bottom corner after being played in by Hoskins.

Hoskins fired just wide as Town looked for a second while at the other end it needed an important block from David Buchanan to clear a goal bound effort from John Hunt and Ilias Chair had David Cornell scrambling as he curled a free-kick inches wide.

Cornell made a comfortable save from another Chair free-kick at the start of the second half with John-Joe O’Toole and Jordan Turnbull testing Paul Farman in the Stevenage goal.

Sam Foley replaced Sordell in the Cobblers first change which came just after the hour mark. Andy Williams then came on for goalscorer Powell before Turnbull made way for Shaun McWilliams.

It had been a fairly quiet second half in terms of goalmouth action but with just over ten minutes to go Stevenage equalised, Chair’s cross turned home by Alex Revell.

Six minutes of stoppage time were signalled by the fourth official and in the first of those the Cobblers re-took the lead, Andy Williams with a superb solo effort. The substitute embarked on a run in the opposition half and held off two defenders before finding the finish to beat Farman. That proved to be the winner as the Cobblers saw out the remainder of injury time to claim all three points.

We have been allocated an initial 700 allocated seating tickets with 6 pairs of wheelchair tickets for this game with prices detailed below:

Concessions are over 60, students, UB40 holders and ambulant disabled (carer ticket free of charge), members of the armed forces and emergency services. Proof of status is required.

Wheelchair supporters should call Stevenage Football Club on 01438 223223 ext 62. Please note there are only 4 bays for visiting supporters.

Matchday car parking is available for 500 cars at the Fairlands Valley car park from junction 7 of the A1M. Please then use the signposted underpass to walk to the stadium rather than cross the A602 on foot.

For supporters arriving by train, there is a matchday shuttle service from Stevenage bus station (stop K) to Stevenage railway station (stop N) to the ground for £1.50 return.

Advanced sales will cease at 4pm on Friday (February 22nd) but supporters will be able to pay on arrival at the game with no price increase. 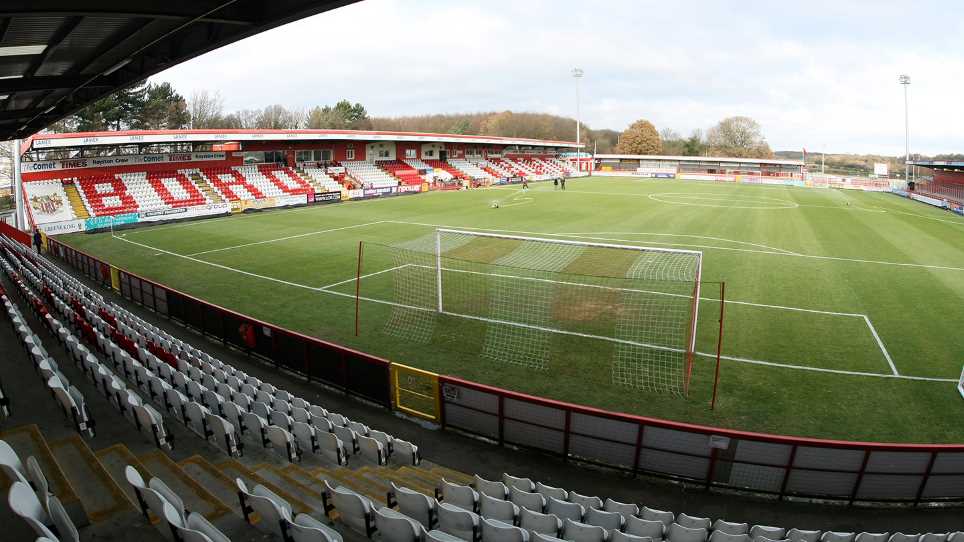 STEVENAGE TICKETS ON SALE FROM 9AM ON THURSDAY JANUARY 10TH