Sent off:
Cobblers: none
Crawley: none

Injuries to Shay Facey and Jordan Turnbull meant two enforced changes for the Cobblers as they welcomed Crawley Town to the PTS Academy Stadium. Loanees Timi Elsnik and Joe Powell came into the side with Sam Foley and Marvin Sordell still sidelined. Before the game there was a period of applause to remember England World Cup winner Gordan Banks.

Sam Hoskins saw an early shot from an acute angle deflected behind while Crawley’s Dominic Poleon blasted an effort over the bar. A goal line clearance from David Buchanan prevented Joe McNerney heading the visitors in front with David Cornell making the save on the follow-up. John-Joe O’Toole then had a chance to open the scoring but was unable to convert Jack Bridge’s cross from close range.

The Cobblers were pressing for the opening goal and O’Toole had a shot blocked in a period of pressure from the home side just after the half hour mark. Elsnik couldn’t keep his shot down from just outside the six-yard box while Powell drew a save from Glenn Morris as the first half ended goalless.

Ash Taylor headed wide from a corner early in the second half with Cornell alert at the other end to deny Crawley’s leading goalscorer Ollie Palmer. Morris then made a fine save to turn behind a fierce volley from O’Toole.

Morgan Roberts came on in the Cobblers first change, replacing Elsnik with just under twenty minutes still to play. The game was very much in the balance and it needed an important block from Taylor to divert a goal bound shot from Palmer.

Joe Powell had some supporters celebrating when his terrific curled free-kick from 30-yards looked to have given the Cobblers the lead but alas it was only the side netting that rippled. That was the last action of the afternoon for the West Ham United midfielder who then made way for Andy Williams. Junior Morias came on in the final Cobblers change, replacing Sam Hoskins.

Dominic Poleon made a good forward run as the game entered stoppage time but Cornell was there to make a save. Roberts then headed wide at the other end with neither side quite able to force a winner.

Happy Birthday to Tyrese and Ciaran who staged their birthday parties at the game against Crawley Town on Saturday.

BUYING OR COLLECTING TICKETS ON SATURDAY?


Tickets for Saturday's game against Crawley Town at the PTS Academy Stadium (3.00pm kick off) are now on sale from the ticket office and ntfcdirect.co.uk 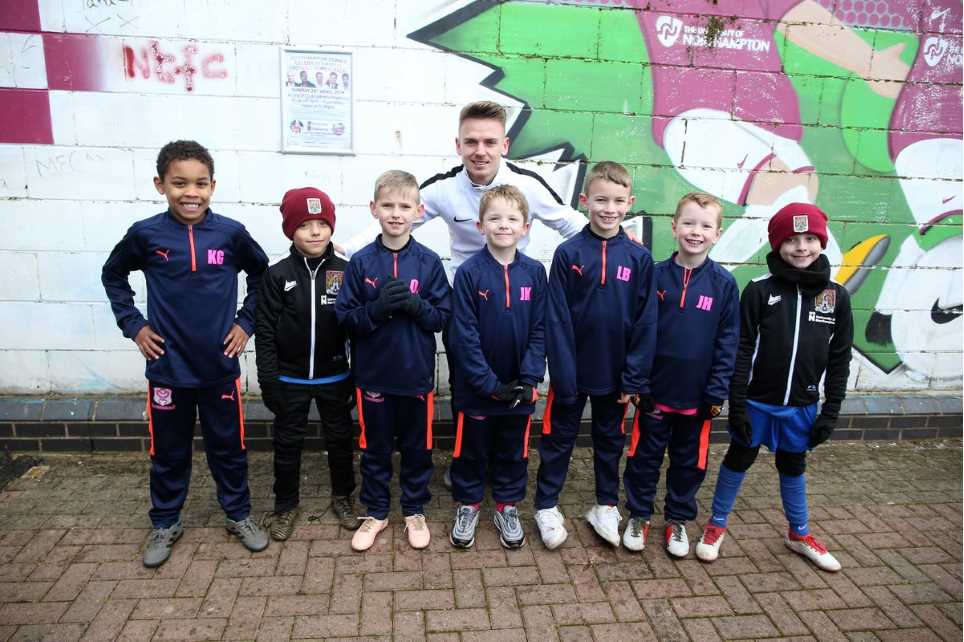 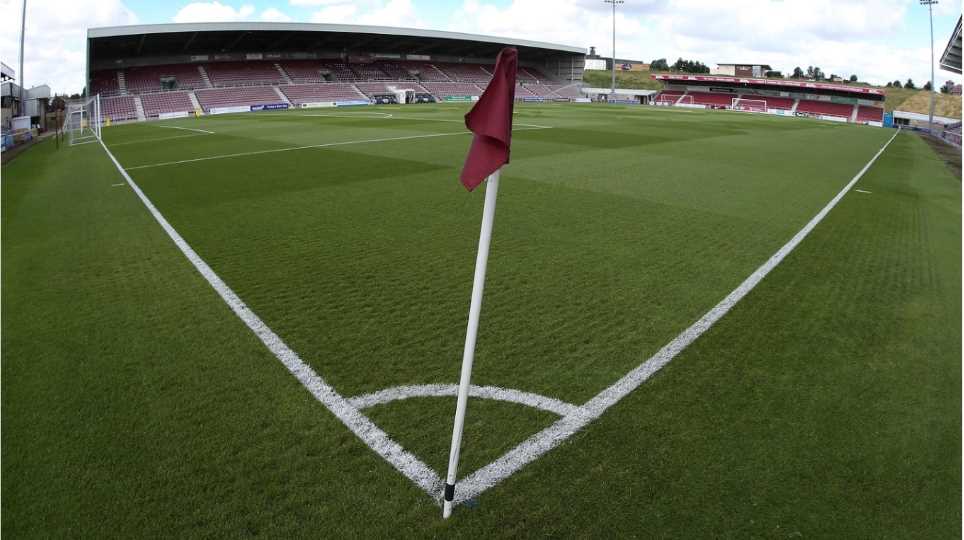 
Tickets for Saturday's game against Crawley Town at the PTS Academy Stadium (3.00pm kick off) are now on sale from the ticket office and ntfcdirect.co.uk