Marvin Sordell (Burton Albion) and Charlie Goode (Scunthorpe United), signed on loan on transfer deadline day, both came straight in to the side for the visit of promotion chasing Colchester United. Junior Morias partnered Sordell in attack with the fit again John-Joe O’Toole and Shaun McWilliams also back in the starting line-up. Jordan Turnbull was however unavailable for selection through injury. One-time Cobblers loanee Luke Prosser captained the U’s.

A strong run and cross from Aaron Pierre created a chance for Marvin Sordell but the ball maybe just came a bit too quickly to him and he couldn’t keep his shot down. Sammie Szmodics curled a shot just over the bar in the first sight at goal for the visitors.

The Cobblers had made most of the running in the first part of the game but it was Colchester who opened the scoring from a corner, Frank Nouble’s shot from inside the six-yard box going in via a deflection.

Ash Taylor made an important block to deny Harry Pell as Colchester threatened to double their lead while Charlie Goode was also in the right place at the right time to prevent Courtney Senior getting a shot off.

Rene Gilmartin pulled off a fine save to turn behind a fierce volley from Taylor as the Cobblers went close to an equaliser.

Sordell was through on goal at the start of the second half but one-on-one with Gilmartin the Colchester keeper made the save. John-Joe O’Toole had a shot blocked at close range as the home side continued to press forward but they were caught on the break soon after, half-time substitute Abobaker Eisa finishing off a quick counter-attack to double the U’s lead.

Gilmartin made another good save to deny Morias and Colchester then took full advantage, Kane Vincent-Young scoring on the break to make it 3-0. Daniel Powell then replaced O’Toole in the Cobblers first change.

Andy Williams came on for Sordell before Sammie Szmodics added a fourth, turning in a cross from substitute Brennan Dickenson.

Goode headed over from a corner and Gilmartin made another save from Morias as the Cobblers tried to pull a goal back although Colchester continued to look dangerous on the break.

Harry Pell had a chance to increase Colchester’s lead further from the penalty spot after Jack Bridge fouled Callum Roberts but David Cornell dived the right way to make the save, ensuring the game ended 4-0.

Tickets for Saturday's game against Colchester United at the PTS Academy Stadium (3.00pm kick off) are now on sale from the ticket office and ntfcdirect.co.uk

Please note that tickets for forthcoming home and away games are on sale, but for the hour before kick off the ticket office will be selling Colchester United match tickets only. 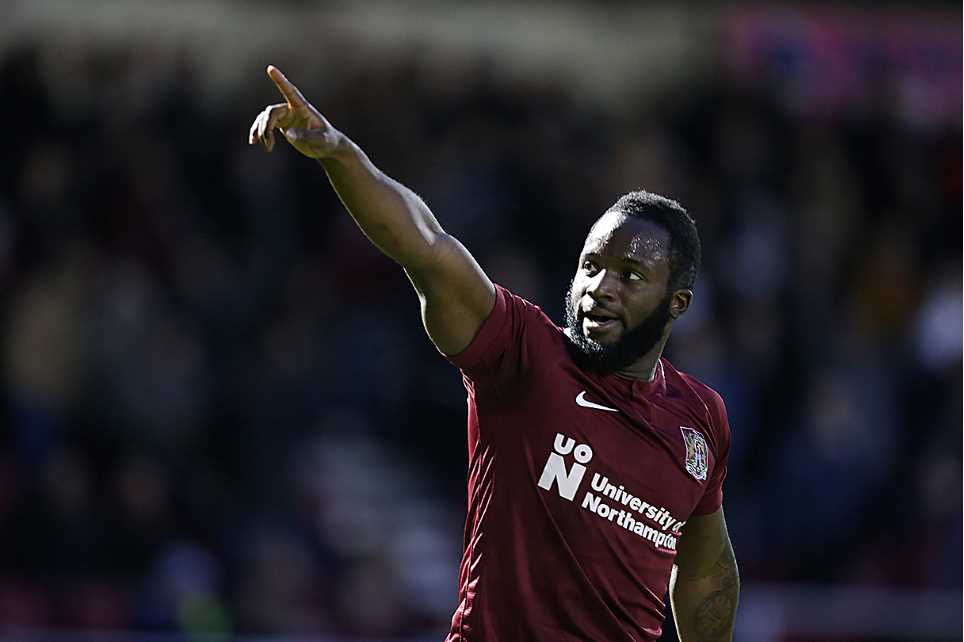 
Tickets for Saturday's game against Colchester United at the PTS Academy Stadium (3.00pm kick off) are now on sale from the ticket office and ntfcdirect.co.uk