Sent off:
Yeovil: none
Cobblers: none

Matt Crooks returned to the starting line-up as the Cobblers kicked off their festive schedule with a trip to Yeovil.

After a quiet opening to the game Kevin van Veen went close from an acute angle and a deflected Ash Taylor header landed on the roof of the net as the Cobblers stepped things up a gear. Tom James curled a free-kick over the bar for the hosts as the first half reached the midway point.

The Cobblers continued to press with some neat build-up play but the final ball wasn’t quite there and the first half ended goalless with both goalkeepers relatively untroubled.

Yeovil started the second half slightly on top but it was the Cobblers who nearly made the breakthrough on the hour mark, van Veen seeing a shot deflected just wide. David Cornell then made a superb save to deny Jordan Green after Rhys Browne lead a quick counter-attack.

It had been a quiet game on the whole but there was to be late drama when the Cobblers took the lead on 88 minutes, Shaun McWilliams with a delicious through ball to Andy Williams who kept his cool to finish one-on-one with Stuart Nelson.

The lead didn’t last long though and Yeovil were soon back on level terms, substitute Yoann Arquin with a cracker of a strike from distance that went in off the underside of the cross bar. Six minutes of stoppage time followed and the points were shared.

We have been allocated an initial 400 terrace tickets in the Radio Cabs Stand and 440 seated tickets in the Screwfix Community Stand for this fixture.

The prices are as follows:

Young person tickets increase by £2 on the day in both seats and terrace but there is no increase for junior tickets.

Yeovil Town have confirmed that duplicate tickets are not issued. 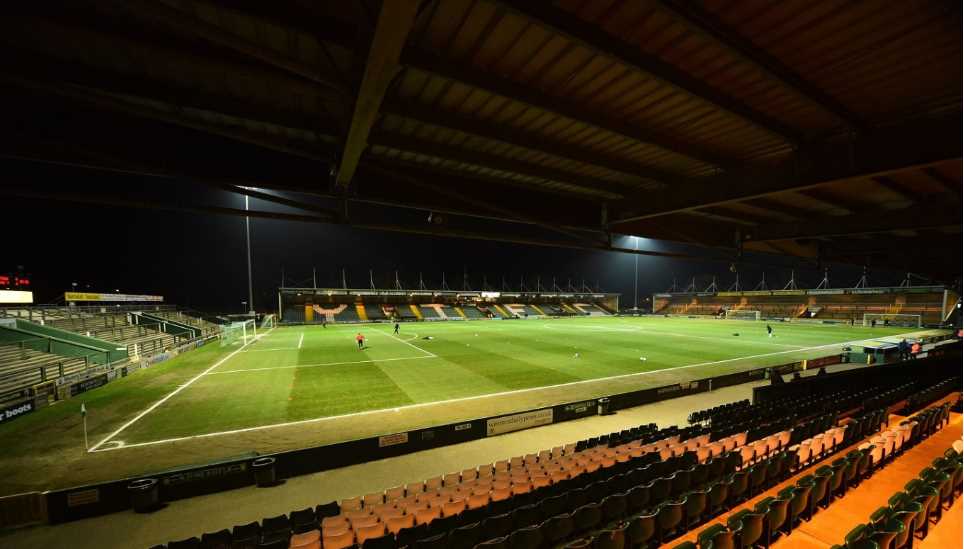