Daniel Powell came in for Sam Hoskins in the only change to the Cobblers side for the visit of Stevenage on a bitterly cold and wet December afternoon at the PTS Academy Stadium. Two ex-Cobblers players, Joel Byrom and Alex Revell both started for Stevenage with a third, Emmanuel Sonupe, named on the bench.

Kurtis Guthrie headed wide from an early Byrom free-kick while Stevenage survived a scare when Kevin van Veen robbed possession to set up a chance for Dean Bowditch. Some more good work from van Veen then lead to Shay Facey delivering a teasing cross in for Bowditch but 8 yards out he couldn’t quite keep his shot down.

A cross/shot from David Buchanan nearly crept in at the far post, Aaron Pierre couldn’t quite connect with a ball in from Ash Taylor and Bowditch saw an effort blocked at close range as the Cobblers began to assert themselves on the contest and they made the breakthrough in first half stoppage time, Powell providing the cross for Dean Bowditch to finish from 6-yards after bringing the ball down superbly.

Sam Hoskins replaced Ash Taylor at half-time with Facey joining Pierre and Jordan Turnbull in the back three. Bowditch was almost in for a second goal after being played in by van Veen but his shot flew just wide of the left-hand upright.

Some good defending from Turnbull denied Revell a clear sight at goal before a dipping effort from van Veen on the counter drifted narrowly wide with Paul Farman beaten.

Emmanuel Sonupe and Daniel Newton came on in a double change for Stevenage with Matt Crooks and Hakeem Odoffin on for the Cobblers, goalscorer Bowditch having picked up an injury.

Stevenage equalised in somewhat fortunate circumstances, Ben Kennedy taking advantage of David Cornell losing his footing in the wet conditions to loft the ball over the Cobblers keeper.

The final fifteen minutes passed without real incident with a Sam Foley header saved by Farman in stoppage time the closest either side came to claiming all three points.

Happy Birthday to Louie and Frazer who staged their birthday parties at the game against Stevenage on Saturday. 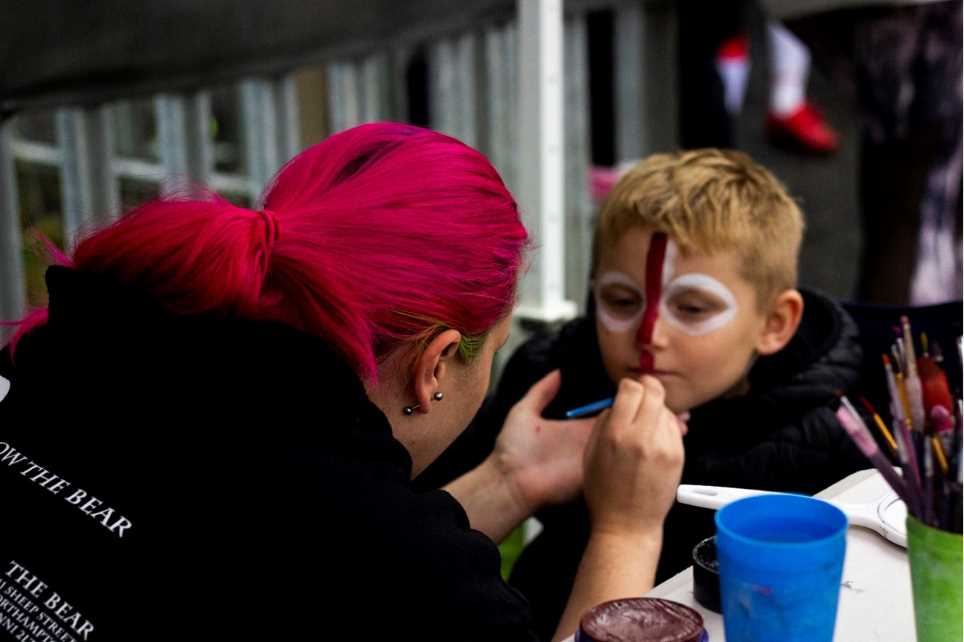 PLENTY OF PRE-MATCH ENTERTAINMENT AT THE STEVENAGE FIXTURE 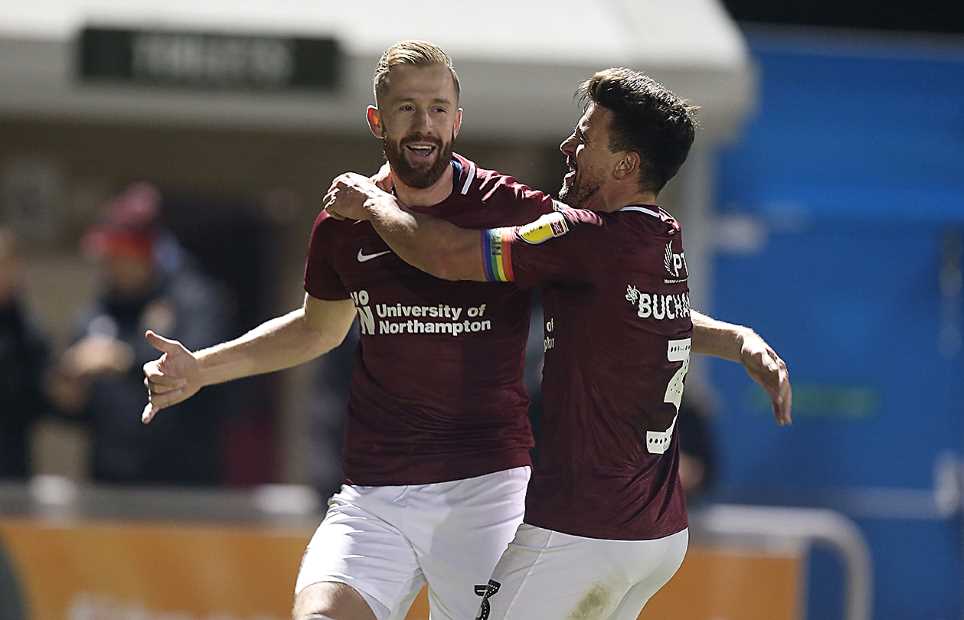 TICKET DETAILS FOR THE VISIT OF STEVENAGE


Tickets for Saturday's game against Stevenage at the PTS Academy Stadium (3.00pm kick off) are now on sale from the ticket office and ntfcdirect.co.uk