Only three days after the Boxing Day draw with Swindon the Cobblers were back in action at the PTS Academy Stadium for their final game of 2018. Shay Facey, Billy Waters and Jack Bridge all came into the side as boss Keith Curle made three changes for the visit of local rivals MK Dons, who included ex-Cobblers players, Lee Nicholls, Lawson D’Ath and Ryan Watson in their matchday squad. Before the game got underway there was a minute’s applause to remember those supporters who sadly passed away in the second half of the year.

The first chance of the afternoon fell to the Dons with Baily Cargill going close with a shot from just outside the area.

Referee Graham Scott, pointed to the spot on 18 minutes for an apparent shirt tug by Ash Taylor on Chuks Aneke.

Aneke stepped up to take the penalty himself and although David Cornell made the save, the rebound fell straight to Alex Gilbey who kept his cool to loft the ball over the Cobblers keeper to give the Dons the lead.

A combination of Cornell and a goal line clearance from Taylor denied Aneke but with half-time approaching the Cobblers started to wrestle back the initiative, Andy Williams seeing a shot blocked at close range following some concerted pressure. Taylor also went close with a header just over the bar from a Bridge free-kick.

The Cobblers started the second half on the front foot with Kevin van Veen firing over following a corner. Dean Lewington on the half-volley then had a chance to double his team’s lead but from only 10-yards out dragged his effort wide.

Cornell made a good save to deny Kieran Agard after the Cobblers lost possession and it needed another good save from the Cobblers keeper to keep out an effort from Conor McGrandles. Daniel Powell then came on against his former club with Billy Waters making way.

MK Dons were enjoying a spell of pressure and Chuks Aneke doubled their lead on 69 minutes, providing the finishing touch to McGrandles lay-off. Town looked to respond and Junior Morias, on for Shaun McWilliams, saw a deflected shot saved by Nicholls.

Keith Curle’s side were back in the game with just over ten minutes to play, Andy Williams with a bullet header from a Bridge corner to set up a grandstand finale.

Rhys Healey had a shot saved by Cornell as the game entered six minutes of stoppage time but seconds later it was 2-2, Junior Morias with a delightful lob over Nicholls. It was a dramatic finish and Powell found the side netting via a deflection as the Cobblers forced a couple of corners in search of a winner. 2-2 was how it finished though the Cobblers having shown tremendous character to come from two goals down to ensure their fourth successive draw.

A large crowd is expected but tickets remain on sale and they will be available on arrival.

Tickets can be purchased ahead of arrival either in person or via 01604 683777 (until 5pm Friday and from 11am on Saturday.) Online sales have been suspended as the away club have sold out of their allocation. Please note tickets will only be sold to supporters who have a previous booking history with the club.

On Saturday, please visit the main ticket office if you are looking to purchase tickets on arrival in person.

Please note that tickets for forthcoming home and away games are on sale, but for the hour before kick off the ticket office will be selling MK Dons match tickets only. 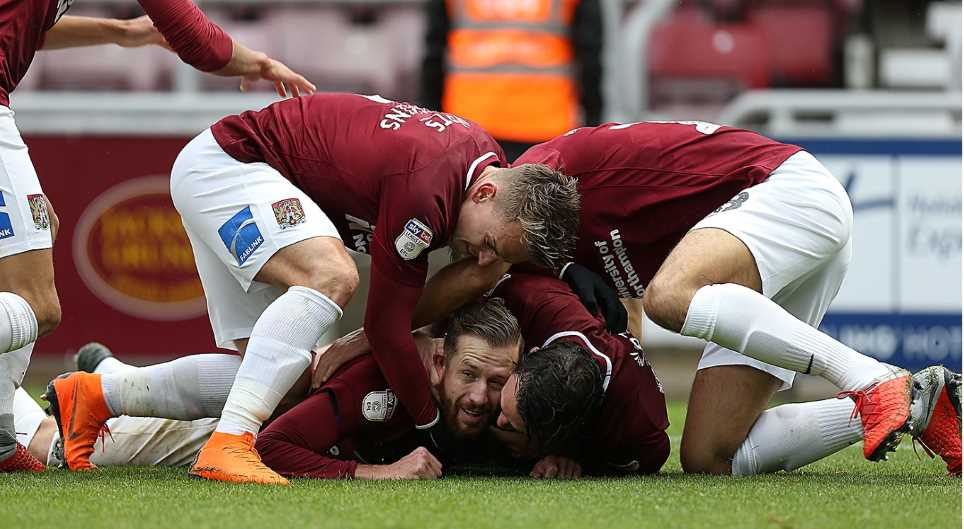 
Tickets for Saturday's game against MK Dons at the PTS Academy Stadium (3.00pm kick off) are now on sale from the ticket office and ntfcdirect.co.uk