Sent off:
Cambridge: none
Cobblers: none

After a rare blank weekend the Cobblers returned to action in the Checkatrade Trophy. Keith Curle handed another start to Academy graduate Jay Williams while Junior Morias returned from a three-match ban following his sending off at Lincoln City in the first round of the Emirates FA Cup. Cambridge, who parted company with their manager three days prior to the second round tie, included ex-Cobblers players Gary Deegan and Greg Taylor in their starting eleven.

The home side made the breakthrough inside the opening ten minutes, George Maris firing home right-footed after the Cobblers failed to clear. It was a strong start from the U’s and Maris then had a chance to grab a second only for Jordan Turnbull to make a vital interception.

Junior Morias showed good feet to create an opening but his low shot was comfortably saved by Dimitar Mitov. The U’s keeper also saved a header from Andy Williams as the Cobblers grew into the contest.

Morias was denied by a superb stop from Mitov, Shay Facey’s cross setting up the chance following a slick Town move also involving Billy Waters. Lewis Ward meanwhile tipped over a shot from Reggie Lambe as the first half drew to a close.

The Cobblers started the second half brightly, Morias going close with an effort that curled just wide. Ward made an important save to deny Jevani Brown on the re-bound while Maris spurned a good chance to double the home side’s lead.

Daniel Powell, Kevin van Veen and Morgan Roberts came on in a triple change for the Cobblers, replacing Morias, Williams and Buchanan. The game was becoming a little stretched and Ash Taylor blocked a shot from Brad Halliday while Mitov came out well to prevent Powell getting on the end of a throughball from Waters.

Van Veen and Foley both had shots blocked at close range as the Cobblers ramped up the pressure in search of an equaliser which duly came in the 90th minute following an almighty goalmouth scramble, Kevin van Veen turning home Powell’s cross to send the tie to penalties.

The Cobblers win 4-2 on penalties and progress to the area quarter-finals.

Ticket prices for Tuesday's tie are reduced to the below:

There will be no pre-sale of tickets, all supporters can pay on arrival at the game. 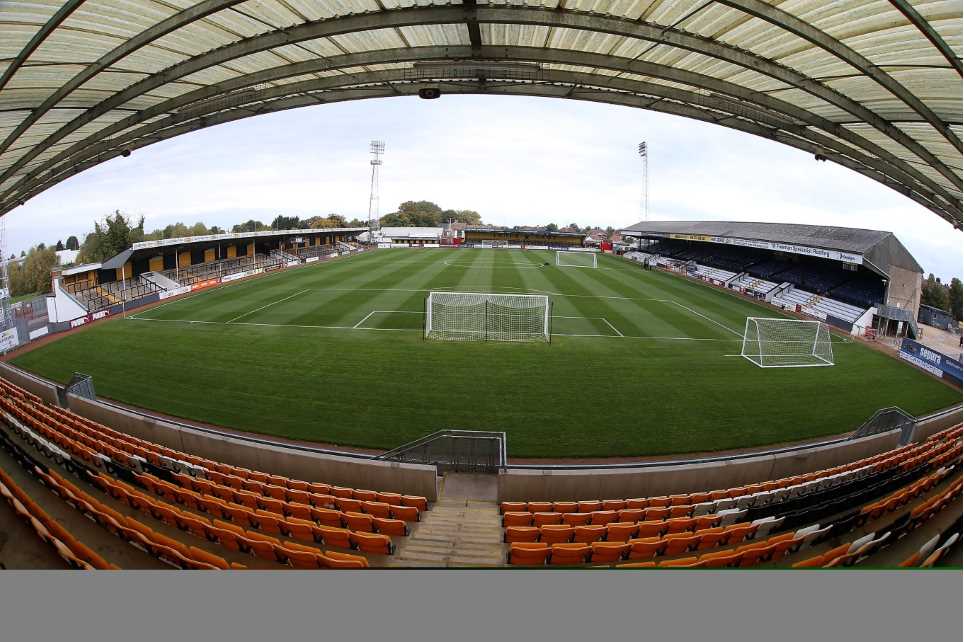