Cobblers boss Dean Austin is expecting John-Joe O’Toole to be available for Tuesday night’s Carabao Cup first round tie at Wycombe Wanderers, despite the midfielder hobbling off in the closing stages of Saturday's draw at Carlisle United.

"John-Joe has got a very good chance and I expect him to be available," he said.

"Shaun McWilliams is progressing really well, he won't feature on Tuesday night but he could be back for Cambridge on Saturday.

"Shay Facey and Junior Morias are ready to go and I've got pretty much a full squad to pick from.

"There will be some changes and it's an opportunity for some of the players who have been on the fringes.

"Everyone has been working really hard and they deserve an opportunity. It's a busy period now and this is when hopefully we are going to see the quality in the squad.

"With Junior Morias, he is just about there and he will play a part on Tuesday. To be honest, he is in my office more than me at the moment, telling me he is fit and ready but we didn't think us taking him up to Carlisle was a sensible option.

"He would have sat on a coach on Friday and barely trained, he may not have started on Satruday and had another long journey back and then the players had a recovery day Sunday, then a pre-match gentle session on Monday and before you know it he will have gone four days without a full training session and without having played 90 minutes either.

"We thought it was best to keep him at home, get three full days training into him and bring him into the picture for Tuesday."

Booked:
Wycombe: none
Cobblers: none

Sent off:
Wycombe: none
Cobblers: none

Boss Dean Austin made nine changes for the Carabao Cup first round tie with on-loan Reading goalkeeper Lewis Ward and striker Junior Morias, a summer signing from Peterborough United, both making their Cobblers debut. Right-back Shay Facey also made his first appearance of the season after recovering from an ankle injury. Adebayo Akinfenwa started the evening on the Wycombe bench.

Billy Waters dragged a shot wide after doing well to find space following a well-worked Cobblers corner while Craig Mackail-Smith drew an early save from Ward.

With the game opening up there were chances at either end and it needed a goal-line clearance from Facey to prevent Mackail-Smith opening the scoring. Yves Ma-Kalambay saved a Jack Bridge header before Facey again was in the right place at the right time, this time to deny Nick Freeman.

Morias showed his pace at the start of the second half to beat two Wycombe defenders but his shot went wide and it was Wycombe who took the lead not long after that, Randell Williams heading home a pin-point Mackail-Smith cross following a free-flowing move from the League 1 side.

Ash Taylor couldn’t quite direct his header either side of Ma-Kalambay and it needed a vital interception from Dominic Gape to deny Matt Crooks as the Cobblers responded well to falling behind. Dean Bowditch also went close with a free-kick from 35-yards.

The Cobblers were awarded a penalty when Jack Bridge was bundled over in the area but Ma-Kalambay saved Ash Taylor’s spot kick to preserve Wycombe’s lead.

Sam Hoskins latched onto a loose ball in the area to equalise on 83 minutes and the substitute, on for Morias, then nearly scored on the break as both sides pushed hard for a late winner. It wasn’t to be though and with no extra-time the tie went straight to penalties.

We have been allocated 1,800 tickets for this game in the Lords Builders Services Stand on an unallocated seating basis.

Ambulant disabled supporters are charged the appropriate age category and can be purchased from Northampton Town while wheelchair users should please contact Wycombe Wanderers.

A disabled supporter is only entitled to a free carer's ticket if they are of medium rate disability or above and proof must be provided.

Tickets are now on sale from ntfcdirect.co.uk or the PTS Academy Stadium ticket office.

Any tickets purchased online and not collected from the PTS Academy Stadium will be taken to the venue for collection on arrival.

Wycombe Wanderers advise us that official coaches are charged £20 to park, payable on arrival. 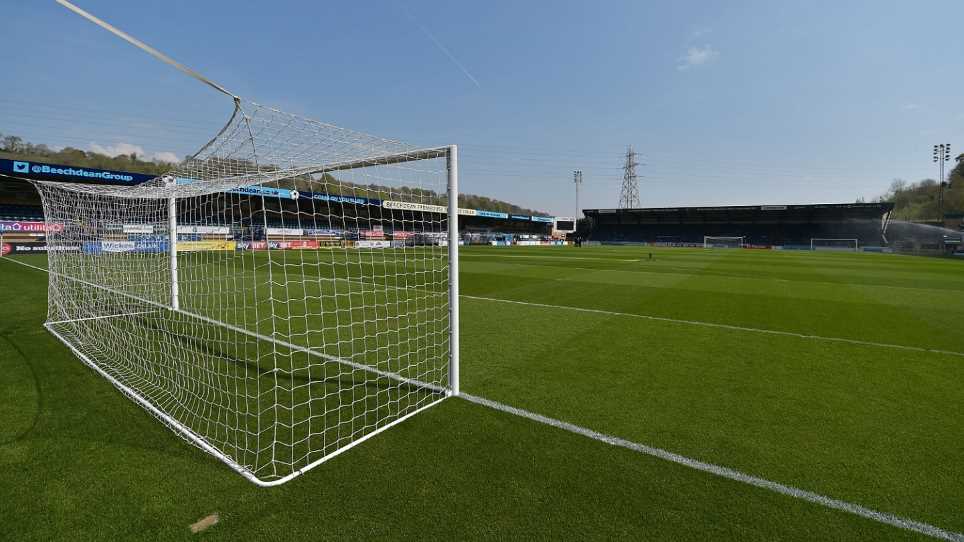