Shay Facey and Junior Morias are both in contention for Saturday’s trip to Carlisle United, with Morias having successfully come through a midweek reserve game, while Shaun McWilliams will be given every opportunity to prove his fitness.

McWilliams picked up a hamstring injury last weekend and is being assessed by the club's medical staff.

"We are looking at Shaun but beside that everyone is fit and healthy," confirmed boss Dean Austin.

"It's nice to have nearly a full squad to pick from and I've got plenty to think about.

"The players are always giving me a lot to think about and I've just got to try and pick the right team with the right formula to try and get the three points on Saturday."

Sent off:
Carlisle: none
Cobblers: none

The Cobblers made the long trip north to Carlisle for their first away game of the season and with Shaun McWilliams sidelined with a hamstring injury, Kevin van Veen came into the side. Luke Coddington replaced Lewis Ward on the bench, the on-loan Reading keeper unavailable due to a minor hand injury.

David Cornell tipped an early effort from former Cobblers loanee Hallam Hope onto the post while Daniel Powell had the first real chance of the afternoon for the Cobblers, his snap-shot from 8-yards going wide.

Jamie Devitt and Andy Williams traded chances at either end but it was Carlisle who took the lead, Devitt finding the top corner from distance.

Kevin van Veen drew the Cobblers level with a looping header, Williams pin-point cross creating the opportunity for the Dutchman. The goal lifted Dean Austin’s side with Sam Hoskins, Williams and van Veen again all going close before half-time.

Williams cracked a shot from 25-yards just wide in the early stages of the second half and the Cobblers were in front on 62 minutes, Matt Crooks there to finish at the far post following a good ball in from Hoskins.

Parity was restored almost immediately though, Hallam Hope slotting the ball past Cornell into the bottom corner.

The game was in the balance as Dean Bowditch replaced Daniel Powell in the Cobblers first change. Billy Waters was also introduced with just over fifteen minutes to play, Williams making way.

Richie Bennett saw a header deflected wide and a well-placed Regan Slater fluffed his lines in front of goal as Carlisle enjoyed a spell of pressure. Sam Foley came on for John-Joe O’Toole with the 90 minutes nearly up and despite a late penalty shout from the home side the game ended 2-2.

We have received 600 allocated seating tickets on the Pioneer Foods Stand and four wheelchair and carer tickets.

Tickets are now on sale from the ticket office at the PTS Academy Stadium and ntfcdirect.co.uk priced as follows:

All prices, apart from junior and child tickets raise by £3 on a matchday.

Wheelchair supporters are located pitchside, adjacent to the away supporters. This area is uncovered and the prices are therefore reduced. Spaces are limited, so advanced purchase is recommended.

All ambulant disabled supporters are charged the appropriate age rate. Should a full time carer be required, the carer is free of charge. Carer tickets will only be issued if, when purchasing the tickets, the person can show evidence of full time carer status. Advanced purchase is recommended.

Tickets will remain on sale until 4pm on Friday August 10th. Any tickets purchased online and not collected from the PTS Academy Stadium will be taken to the venue for collection on arrival. 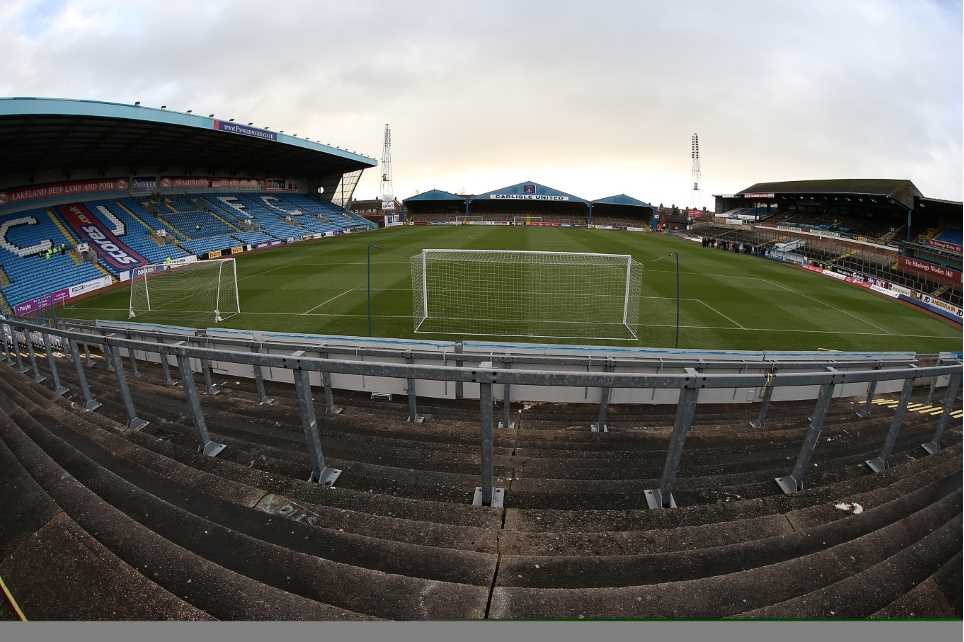 SAVE MONEY BY BUYING CARLISLE UNITED TICKETS IN ADVANCE