Jordan Turnbull, back from an ankle injury, Daniel Powell and on-loan Derby County midfielder Timi Elsnik all came into the side for the trip to Notts County with Junior Morias, recovered from appendicitis, named on the bench.

County, in need of a result to get themselves out of the relegation zone, came out of the blocks quickly with Charlie Goode shown an early yellow card for a foul on the lively Kane Hemmings. The Cobblers were posing a threat of their own though and it needed a vital interception to prevent Jack Bridge playing in Sam Hoskins.

Turnbull shot wide from the edge of the area before Notts County made the breakthrough, midfielder Mitch Rose finding the bottom corner with a strike from fully 25-yards.

A vital tackle from Aaron Pierre denied Enio Boldewijn a shooting chance inside the box as County looked to double their lead before half-time but it was the Cobblers who levelled following a quick counter-attack, Daniel Powell side-footing home a Hoskins cross/shot from close range.

Ryan Schofield brought down Powell who was through on goal at the start of the second half, resulting in a red card for the County goalkeeper and a free-kick award to the Cobblers just outside the area. Magpies substitute goalkeeper Ross Fitzsimons replaced Enzio Boldewijn but he couldn’t keep out Sam Hoskins' deflected free-kick as the Cobblers took the lead.

It wasn’t long before the home side were back on level terms though, Kane Hemmings turning in Jon stead’s cross to make it 2-2. Dean Bowditch and Andy Williams then came on in a double change, Turnbull and Bridge making way.

Another free-kick for the Cobblers in a dangerous position nearly saw them re-take the lead, Bowditch’s strike coming back off Fitzsimons before bouncing off a County defender and back into the grateful arms of the substitute stopper.

Hoskins volleyed straight at Fitzsimons and Bowditch was also denied in a flurry of chances for the Cobblers, County also twice clearing off the line before Marvin Sordell came on for Timi Elsnik in the third and final change made by Keith Curle.

Fitzsimons saved from Sam Foley as the Cobblers continued to press forward with Bowditch also seeing a shot deflected wide as the game entered six minutes of stoppage time. Magpies substitute Craig Mackail-Smith then lined up a shot from distance but his effort flashed wide and the points were shared.

We have been allocated an initial 818 reserved seating tickets in the Jimmy Sirrel Stand for this fixture.

These tickets are now on sale from the PTS Academy Stadium and ntfcdirect.co.uk, priced as follows:

Carer, free of charge for persons on higher or medium rate DLA.

Please note there will be a £2 matchday price increase for adult, senior, aged 18-21, under 18 and under 16 match tickets.

Notts County do not operate cash turnstiles and strongly recommend all tickets are purchased in advance to avoid matchday queues.

There is very limited parking for disabled supporters. These can only be purchased in advance on 0115 9529000 during office hours.

All advance sales will end at 4pm on Friday. 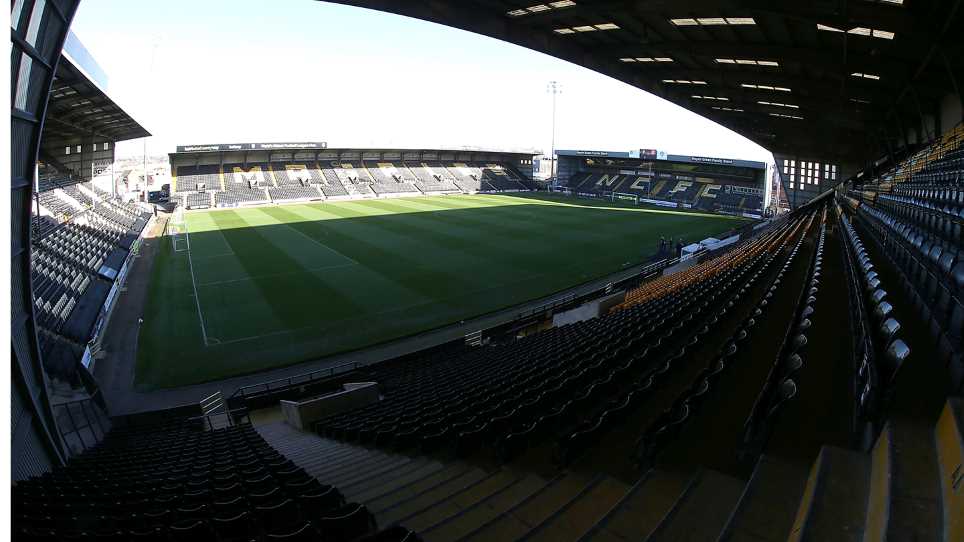