15 bookings at any time: 3 match suspension

Sent off:
Cobblers: none
Macclesfield: none

On a lovely sunny and warm afternoon at the PTS Academy Stadium on Good Friday, the Cobblers took on Macclesfield Town, managed by former England defender Sol Campbell. Keith Curle made three changes with George Cox, Dean Bowtich and Junior Morias coming in for David Buchanan, Shay Facey and Andy Williams. Former Cobblers loanee Nathan Cameron lined up for Macclesfield, who started the afternoon two points above the relegation zone with four games to play.

David Cornell saved an early Brice Ntambwe header and the Cobblers keeper also showed good reactions to gather in a deflected effort from Ben Stephens. A quick counter-attack from Macclesfield then found Harry Smith well-placed in front of goal but he couldn’t keep his shot down. Daniel Powell had the Cobblers first real effort of the afternoon, his crisp shot well saved by Kieran O’Hara.

The Cobblers were in front after 25 minutes, Dean Bowditch with a neat volley in to the bottom corner having been found by Jordan Turnbull. Macclesfield thought they were back on level terms when Smith turned in Elliott Durrell’s free-kick but the off-side flag was up.

Harry Smith did have an equaliser on 38 minutes though, chipping the ball over Cornell after being played through by Stephens. There was a suspicion of off-side about the goal but this time the assistant referee kept his flag down.

Nathan Cameron made a vital interception to nip the ball away from the on-rushing Daniel Powell at the start of the second half while another Cobblers move ended with a shot from Powell being saved by O’Hara, who also made a good save with his legs to deny George Cox.

The Cobblers were in the ascendancy and they re-took the lead when Daniel Powell capitalised on a slack back header from Macclesfield before calmly slotting the ball home.

Andy Williams and Joe Powell were introduced in a re-shuffle from Keith Curle while it needed a smart save from Cornell to keep out a shot from Silkmen substitute Reece Cole. O’Hara stood firm to deny Morias one-on-one before Timi Elsnik came on in the Cobblers final change.

Elliott Durrell curled a free-kick just over the bar with time ticking away for Sol Campbell’s side and with Macclesfield pushing forward the Cobblers increased their lead and sealed the three points with a third goal in stoppage time, Daniel Powell unselfishly laying the ball off for Junior Morias to score from close range.

Happy Birthday to Noah who staged his birthday party at the game with Macclesfield Town on Friday. 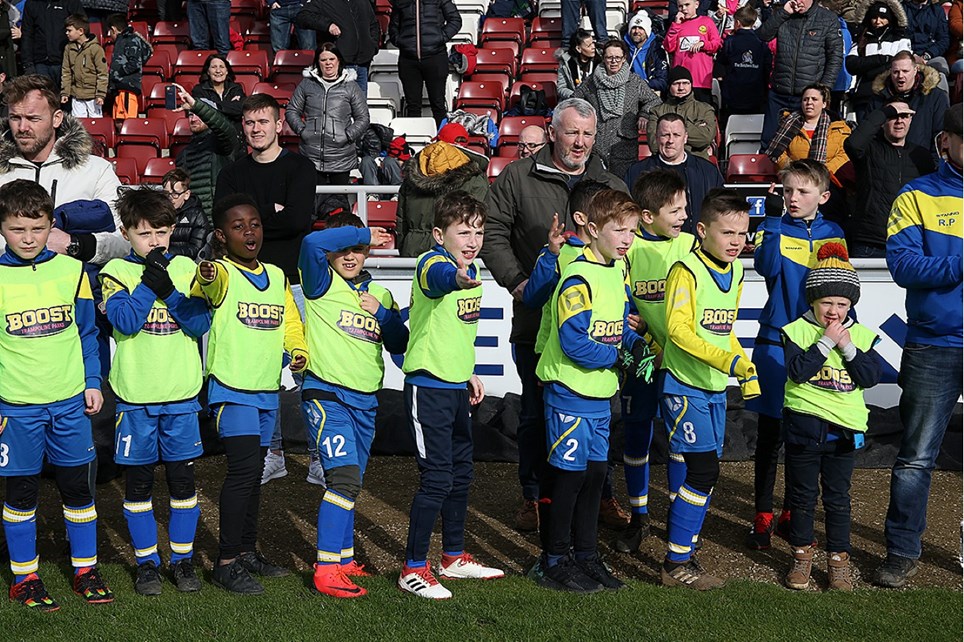 
Tickets for the Good Friday game against Macclesfield Town at the PTS Academy Stadium (3pm kick off) are now on sale from the ticket office and ntfcdirect.co.uk 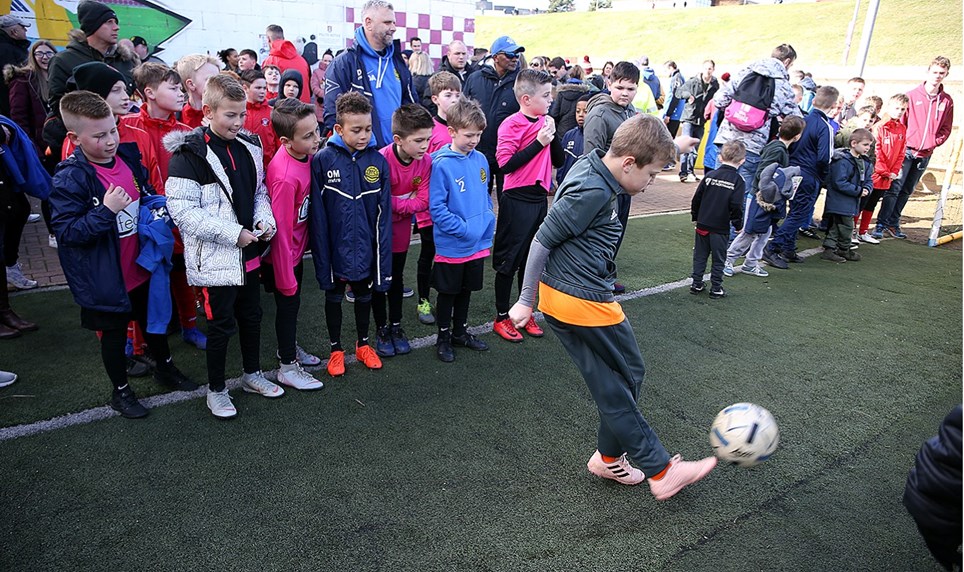 
There is plenty taking place pre-match for all supporters attending Friday's game at the PTS Academy Stadium.