Sent off:
Rotherham: none
Cobblers: none

Dean Bowditch and George Smith came into the Cobblers side for the trip to Rotherham, replacing Matt Crooks (knee) and Raheem Hanley. Sam Hoskins missed out with a minor ankle knock picked up in training.

The Cobblers started the game on the front foot, Smith going close with a fifth-minute volley that whistled just wide of the post.

Kieffer Moore had a good chance to put Rotherham in front on 11 minutes but after rounding Matt Ingram, Ash Taylor got back to make a superb block on the line. From the following corner, Moore was again denied by another fine interception, this time Aaron Pierre making the block.

The game was open and just moments later Daniel Powell fired wide after being played in by Bowditch. Ingram then tipped a shot from Millers centre-back Michael Ihiekwe onto the cross bar as both sides continued to create a host of chances with the game not even half an hour old.

Ihiekwe again went close to breaking the deadlock just before half-time and but for some covering defending from Brendan Moloney on the line Rotherham would have taken the lead.

Rotherham were in front on 52 minutes, Kieffer Moore poking the ball past Ingram after the Cobblers keeper had initially saved from Shaun Cummings.

Billy Waters replaced George Smith on the hour mark before Moore saw a shot deflected behind and Ingram made a good save at the feet of Ryan Williams.

Marek Rodak made a smart stop to deny Daniel Powell his first Cobblers goal on 71 minutes and Rodak at full-stretch also did well to tip over a shot from Waters. Bowditch saw a shot from distance deflected just wide as the Cobblers continued to press hard for an equaliser, Matt Grimes also having an effort blocked.

A header from MOore came back off the crossbar with the game becoming stretched, Ingram also saving from Millers substitute Jonson Clarke-Harris.

Brendan Moloney had a shot deflected wide as the frantic action continued into the closing stages. Will Vaulks put the ball wide when one-on-one with Ingram in stoppage time and despite the Cobblers best efforts Rotherham claimed the three points.

We have been allocated an initial 1,000 tickets for this game, and these are now on sale from Sixfields and ntfcdirect.co.uk, priced as follows:

Concession tickets are for those aged 60 and over, young adults are aged 18-21, HM Armed Forced Personnel, students with valid proof of full time education and disabled supporters on the higer rate DLA or enhanced PIP. Supporters buying disabled tickets are entitled for a free carer ticket.

Wheelchair users pay the appropriate age category of ticket, with a helper free of charge.

5 disabled car parking spaces are available, which must be booked by 5pm on Friday September 29th, but are first come, first served. These can be booked by calling 0844 414 0754.

Visually impaired supporters can book a commentary set in advance by emailing dlo@rotherhamunited.net, a £10 deposit will be required.

Advanced sales will cease at 4pm on Friday. Any tickets purchased online and not collected from Sixfields will be taken to the venue for collection on arrival. These can be collected from the South Stand from 1.30pm onwards.

Coach and minibus parking is available at the stadium payable on arrival at £25 per coach and £10 per minibus. 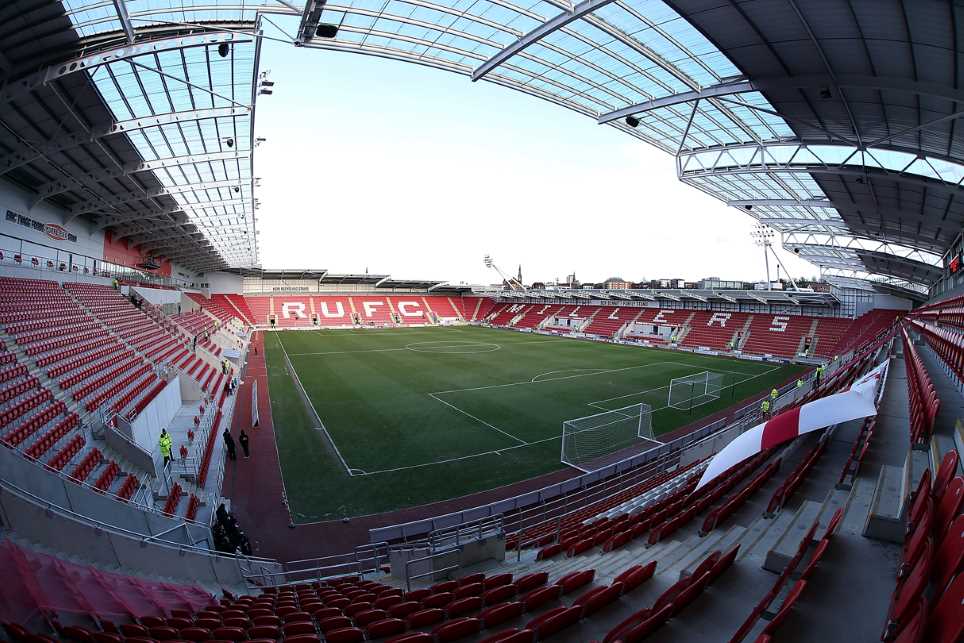