Chris Long returned to the Cobblers side at Rochdale in midweek, the on-loan Burnley striker was back in the starting line up having recovered from a hamstring injury.

“It helped to have Chris Long back,” said boss Jimmy Floyd Hasselbaink.

“We were always only going to give him 75 minutes on Tuesday because we didn’t want to risk him too much.

“He is getting stronger and we want to get him up to 90 minutes."

Meanwhile, another striker drew praise from the Cobblers boss for his performance in midweek.

“Billy Waters were magnificent at Rochdale and I’m sure he will keep on improving," said Hasselbaink.

Lewis McGugan is touch and go after missing the trip to Spotland with a knock picked up in last Saturday’s home game against AFC Wimbledon.

Alex Revell serves the final game of his three-match ban.

Sent off:
Gillingham: none
Cobblers: none

Sam Hoskins and Shaun McWilliams came back into the side for the trip to Gillingham and John-Joe O’Toole started a game for the first time since April as he continued his return from a groin injury. McWilliams filled in at right-back with Brendan Moloney (knee) unavailable for selection. Marc Richards, back from a thigh strain, was named on the bench.

Gabriel Zakuani, who spent the 2016/17 season at Sixfields, started for Gillingham who also included two former Cobblers loanees in their side, Lee Martin and Josh Parker.

Matt Grimes went close with an early free-kick with Storm Brian making conditions difficult for both sides on a blustery afternoon in Kent. Jake Hessenthaler flashed a header wide in the first chance of the game for the Gills. Thomas Holy saved from Daniel Powell with Matt Ingram tested by a shot from Martin.

A block from Zakuani saw a shot from Chris Long deflected behind and Hoskins volleyed just over the bar as the first half reached the midway point. Ash Taylor meanwhile made a vital tackle to deny a clean through on goal Tom Eaves.

The Cobblers took the lead just before half-time, Daniel Powell with a powerful drive from 25-yards that gave Holy in the Gills goal no chance.

Holy made a good save to prevent Aaron Pierre making it 2-0 as the Cobblers began the second half on the front foot.

It was Gillingham who scored the game’s next goal though, Lee Martin with the equaliser from 10-yards after a neat turn inside the area.

The Cobblers were back in front on 73 minutes, Matt Grimes with a terrific free-kick from 25-yards that went in via the post.

Substitute Sam Foley headed wide from a corner as the Cobblers looked to put the result beyond doubt, Powell also nearly capitalising on a poor back pass to make it 3-1 in stoppage time. Two goals in the end proved to be enough though as the Cobblers claimed a three-point haul on the road.

We have been allocated an initial 400 tickets for this fixture and these are now on sale from Sixfields and ntfcdirect.co.uk.

We have also received 3 pairs of wheelchair and helpers tickets.

Brian Moore Stand tickets will be available to purchase on matchdays with a price increase of £2.

Advanced ticket sales will cease at 4pm on Friday.

If collecting on arrival  tickets will be available from 1pm from the Gordon Road collection point. 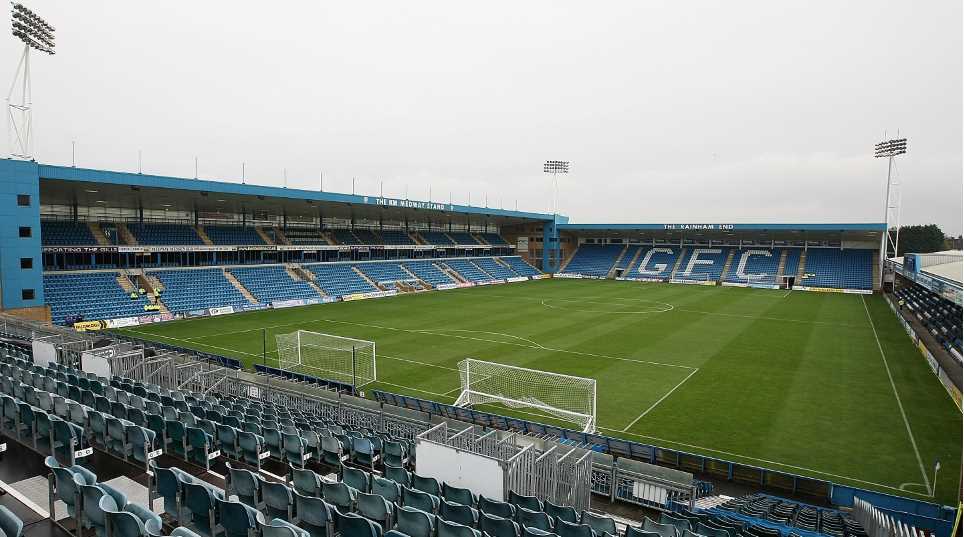 TICKETS ON SALE FOR TRIP TO GILLINGHAM