Northampton Town manager Justin Edinburgh is looking forward to welcoming one of his former clubs to Sixfields on Saturday when Newport County are the visitors as the Cobblers wrap up their pre-season campaign.

“I’m looking forward to Saturday, I had a fantastic time at Newport and I’ve got some really good friends there," he said.

“It will be good to go up against them and it’s our final chance to work on a few things before Shrewsbury.

“We still need to add one or two more to the squad and we are working hard on that. We’ve got a talented squad and I think everybody is excited about the season ahead."

Sent off:
Cobblers: none
Newport: none

A week before kicking off the 2017/18 Sky Bet League 1 season with a trip to Shrewsbury, the Cobblers wrapped up their pre-season campaign with a home fixture against Newport County, a club previously managed by Justin Edinburgh between 2011 and 2015.

After a fairly low key opening half hour, Billy Waters fired a shot over the bar having been played in by Yaser Kasim. It was the first real sight of goal for the Cobblers who, despite some good possession, found clear cut chances hard to come by.

Joe Day made a diving save to keep out a Matt Taylor free-kick before Edinburgh made another couple of changes, Marc Richards and Ash Taylor replacing Alex Revell and Aaron Pierre.

Lamar Reynolds opened the scoring for Newport midway through the second half but the Cobblers weren’t behind for long, Chris Long with a fine solo effort to level things up. Long was forced out wide by the Newport defence but created some space for himself before curling a shot in off the post.

Leon Barnett headed in from a Matt Taylor corner to put the Cobblers in front on 83 minutes, and that proved to be the winning goal as the Cobblers signed off their pre-season action with a come from behind victory.

Tickets for Saturday's pre-season friendly with Newport County will be available on arrival.

Tickets are available now, from the ticket office and www.ntfcdirect.co.uk, while tickets for this game will also be available on arrival.

To collect match tickets on arrival, please visit the collection point opposite the main entrance.

To beat any queues, supporters can purchase tickets online via www.ntfcdirect.co.uk and use the print at home option.

If collecting, supporters are asked to please bring the relevant ID/receipts with them. 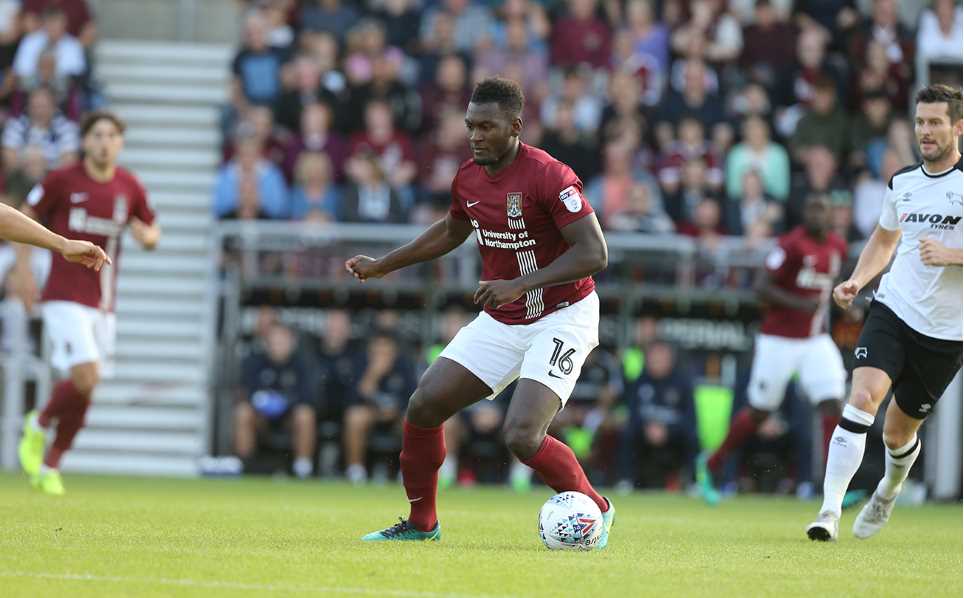 COBBLERS SET TO WRAP UP PRE-SEASON AGAINST NEWPORT


Northampton Town wrap up their pre-season campaign on Saturday (July 29th) when Justin Edinburgh's former side Newport County visit Sixfields for a 3pm kick off.