New signing Kevin van Veen is available to make his Northampton Town debut, while Joe Bunney is expected to be passed fit to face his former club Rochdale at Sixfields on Saturday after suffering a dead leg in the draw at Blackburn.

Aarons Pierre and Phillips (both thigh) remain sidelined for Saturday's game while Shaun McWilliams, who missed the game at Ewood Park through illness, is available for selection.

"Joe didn't train earlier in the week but we don't envisage any problems for the weekend," confirmed boss Jimmy Floyd Hasselbaink.

Another new signing, Everton loanee Boris Mathis, is also in contention for a place in the matchday squad on Saturday.

"Competition is healthy for everybody," said the Cobblers boss.

"Injuries and fatigue happen in football and you need to be able to freshen things up.

"We can only select five of the six loans we have decisions to make."

Tickets for Saturday's game are on sale now via ntfcdirect.co.uk

Hildeberto Pereira made his first start for the Cobblers and Sam Foley came back into the side as boss Jimmy Floyd Hasselbaink made two changes for the visit of Rochdale. Regan Poole and Sam Hoskins dropped to the bench where they were joined by new signing Kevin van Veen. With six loan players in the squad and rules permitting only five to be named in the matchday 18, Everton loanee Boris Mathis was the player to miss out. Joe Bunney faced his former club having made the move from Rochdale to Sixfields in January.

After a slow start to the game, Andy Cannon went close to opening the scoring for Rochdale when he tried to catch Richard O’Donnell off his line, the Cobblers keeper just getting back in time to make the save.

Jordan Turnbull headed narrowly wide from a Matt Grimes free-kick, Sam Foley saw a header deflected over the bar and Josh Lillis denied John-Joe O’Toole as the home side began to probe for an opener. The Cobblers were then forced into making a change when Shay Facey picked up an injury, Regan Poole coming on.

O’Donnell made a good save to tip over a shot from Cannon before Mark Kitching was denied at close range from the subsequent corner. Matt Grimes had the final attempt of the first half, the on-loan midfielder curling a free-kick just wide.

Rochdale took the lead on 53 minutes, Calvin Andrew on the end of Matt Done’s low cross to side-foot the ball home from close range. Kevin van Veen then came on to make his debut, replacing Hildeberto Pereira with over half an hour still to play.

Grimes went close with a free-kick from 25-yards that landed on the roof of the net before Gboly Ariyibi came on for John-Joe O’Toole in the Cobblers final change.

Josh Lillis could only parry a cross from Ariyibi as the clock ticked towards 90 but there was to be no late equaliser as the Cobblers four-match unbeaten run came to an end.

Please note that tickets for forthcoming games are still on sale, but for the hour before kick off the ticket office will be selling Rochdale match tickets only. 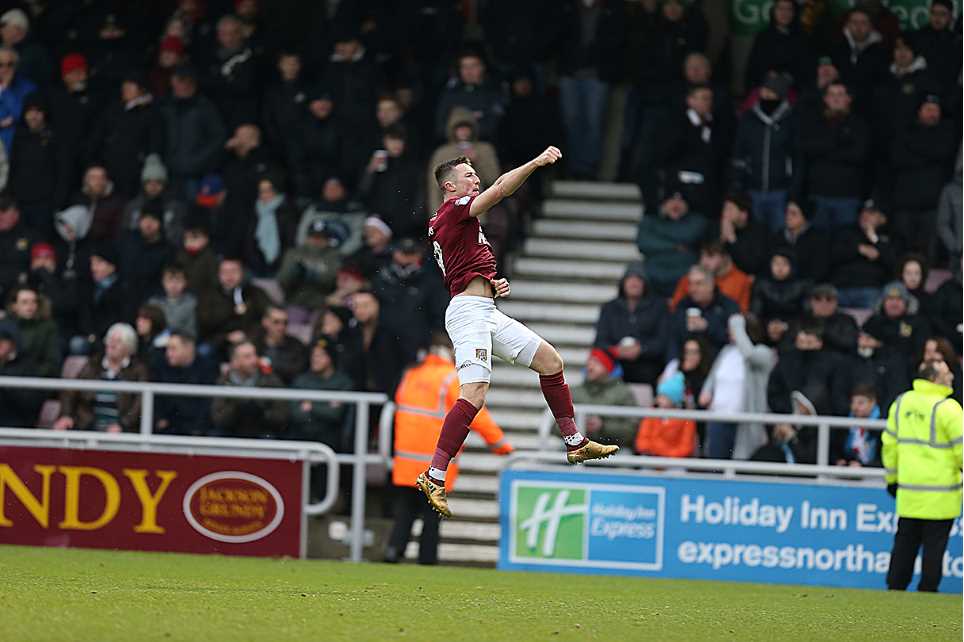 TICKETS ON SALE FOR SATURDAY'S VISIT FROM ROCHDALE


Tickets for Saturday's game against Rochdale at Sixfields (3pm kick off) are now on sale from the ticket office and www.ntfcdirect.co.uk