Cobblers boss Jimmy Floyd Hasselbaink says his team need to give the supporters a performance to get behind as he previews Saturday's home game against Oxford United.

"Every game is important but this is even more so because of our previous two matches at home," he said.

"We want to start well with a nice high tempo and we want to play with a lot of positivity and intensity.

"A good start would help us a lot mentally and hopefully the supporters will be right behind us.

"It's down to us to set the tempo and that can be as simple as taking a throw in or a free-kick quickly.

"We need to lift the fans, it helps if they are with us but we need to give them something."

Booked:
Cobblers: none
Oxford: none

Sent off:
Cobblers: none
Oxford: none

Sam Hoskins replaced Daniel Powell in the only change to the Cobblers side for the visit of Oxford United. Shay Facey, back from a hamstring injury, was named on the bench with Hildeberto Pereira also amongst the substitutes after serving a one-match ban. Kevin van Veen (knee) was unavailable for selection.

The first chance of the afternoon fell to Chris Long but the on-loan Burnley striker couldn’t keep his shot down after combining well with Matt Crooks. The Cobblers were playing some neat football on a cold afternoon at Sixfields and Long again went close after some neat build-up play involving Gboly Ariyibi and John-Joe O’Toole.

Crooks fizzed a shot just wide while Todd Kane went close for Oxford with a rasping effort from distance.

A last-ditch challenge from Joe Bunney denied Isaac Buckley-Ricketts on 52 minutes before Long again went close to breaking the deadlock, firing just over from an acute angle.

Ariyibi showed good pace but couldn’t keep his shot down and Simon Eastwood saved from Sam Hoskins as the Cobblers built up a spell of pressure on the visitors goal. Long then just failed to connect with a ball into the box from O’Toole following a quick counter-attack.

Ricardinho headed wide as Oxford enjoyed their own spell of pressure, substitute Wes Thomas also failing to find the target from close range.

Both sides pressed for a late winner but with the game becoming a little frantic and stretched in the closing stages it was to finish goalless.

Sixfields is heading for a large crowd on Saturday when Northampton Town welcome Oxford United for a 3pm kick off.

Please note that tickets for forthcoming games are still on sale, but for the hour before kick off the ticket office will be selling Oxford United match tickets only. 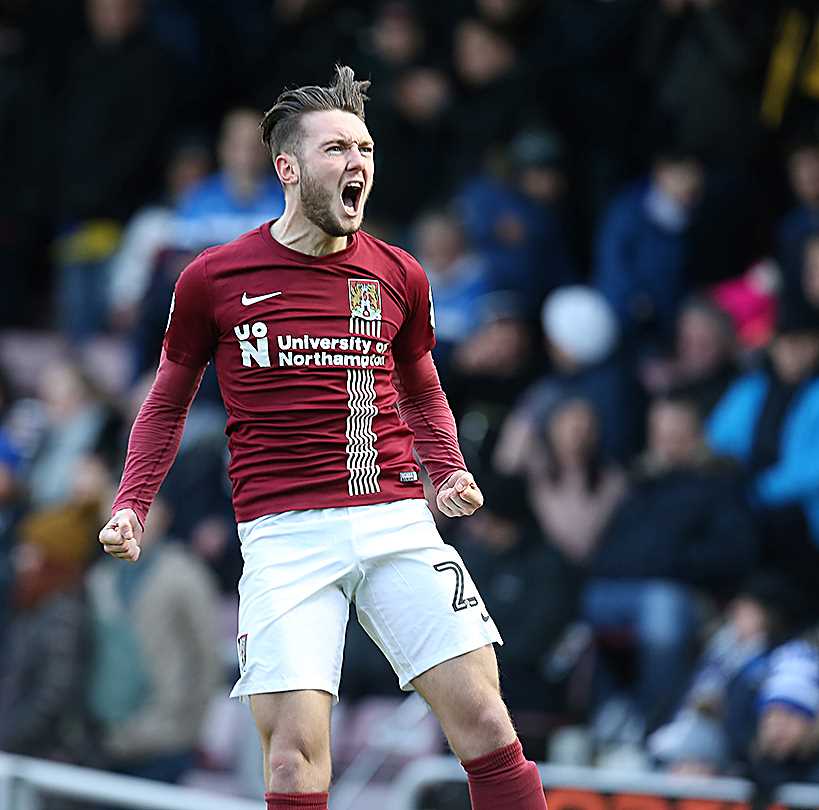 
Tickets for Saturday's big game against Oxford United at Sixfields (3.00pm kick off) are now on sale from the ticket office and www.ntfcdirect.co.uk