Lewis McGugan, Sam Hoskins and Matt Crooks (back from suspension) all came into the Cobblers side for their final game of 2017. Sam Foley, Shaun McWilliams and Marc Richards dropped to the bench where they were joined by the fit again Daniel Powell.

Oliver Hawkins had the first chance of the afternoon for Portsmouth but a covering Regan Poole got back well to clear. A back peddling Luke McGee got back just in time to claim Sam Hoskins' lobbed effort after a good run from the Cobblers forward while the Pompey goalkeeper later parried a Matt Grimes shot from distance.

The home side were forced into making a change when an injury to Danny Rose meant Adam May replaced the former Cobblers midfielder just before the half hour mark.

Chris Long fired the Cobblers in front on 36 minutes, the on-loan Burnley striker with a fine finish after latching onto a pin-point throughball from McGugan.

A powerful header from the edge of the area from Oliver Hawkins put Portsmouth in front before half-time.

Hawkins made it 3-1 at the start of the second half, bundling in a cross at close range. It was then almost four when the crossbar denied Ben Close.

Ingram saved a header from Cameron Burgess before Sam Foley came on for John-Joe O’Toole. Pompey substitute Jamal Lowe shot wide while Kennedy saw an effort parried by Ingram as the home side continued to press for a fourth goal.

Daniel Powell replaced Hoskins before Crooks saw a shot saved by McGee. Long then made way for Marc Richards as Jimmy Floyd Hasselbaink played his third and final card.

The game then petered out towards the end with the points already in the bag for Portsmouth although there was time for Daniel Powell to go close with a drive from distance.

We have been allocated an initial 980 tickets for this game, which are now on sale from Sixfields and ntfcdirect.co.uk

Tickets for the game are priced as follows: 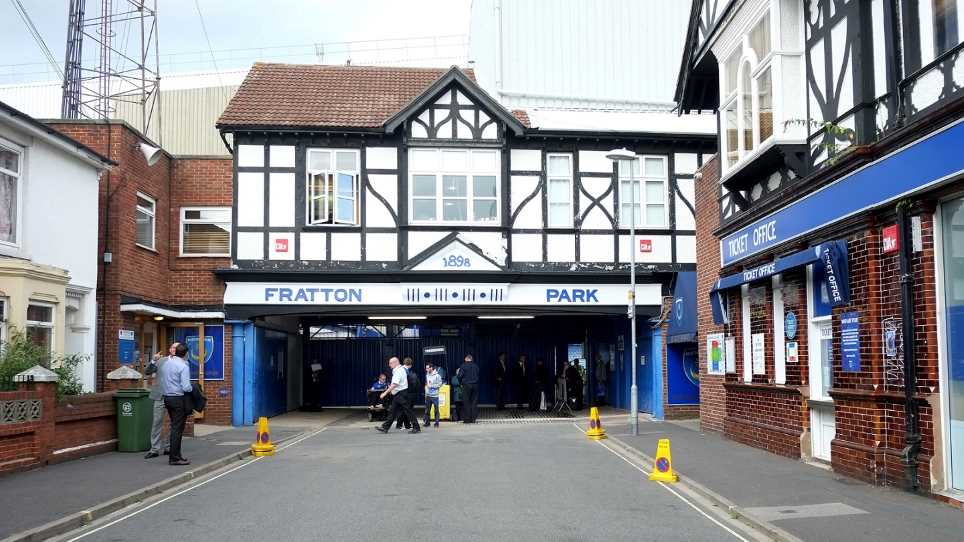 TICKETS ON SALE FOR OUR GAME AT PORTSMOUTH