John-Joe O’Toole (groin), Brendan Moloney (hamstring) and Shaun McWilliams (ankle) are all doubtful for the season opener at Shrewsbury on Saturday.

O’Toole underwent surgery at the end of last season and has suffered some discomfort in recent weeks.

“They are all improving but Saturday might just come too soon for them,” said boss Justin Edinburgh.

“It’s been a bit of a frustration with John-Joe because he was doing so well but we are mindful that we were ahead of where we wanted to be .

“In my head I’ve got the eleven that will start on Saturday but obviously there are decisions to be made. People will miss out but this is where competition starts and my job becomes difficult. That’s the way I want it to be.

“We are still trying to bring a goalkeeper in and hopefully that will happen before Saturday but it’s been a tough one. We haven’t been able to find the right player yet but we are working hard to do that. There are goalkeepers out there but we want to make the right signing for us.

“David Cornell has been excellent in pre-season and I would have no qualms at all about starting him against Shrewsbury and going forward but we do need competition in that area.”

Sam Hoskins, who suffered a cruciate knee ligament injury in January, is continuing to progress well but won’t be ready for the start of the new season.

Sent off:
Shrewsbury: none
Cobblers: none

Northampton Town got their 2017/18 Sky Bet League 1 season underway with a trip to Shrewsbury.

The first real opening for the Cobblers came on 18 minutes when Dean Bowditch, making his second debut for the club, created some space for himself but couldn’t convert from an acute angle with Mat Sadler there to clear for Shrewsbury. At the other end former Cobblers loanee Sadler headed wide from a corner.

With clear cut chances few and far between and both sides still a little rusty on the opening day of the season, the first half ended goalless.

Yaser Kasim and Chris Long came on in a double change for the Cobblers midway through the second period, replacing Matt Taylor and Billy Waters.

The tempo of the game was lifted in the second half but despite some frantic play both sides continued to find it difficult to carve out a clear opening. Abu Ogogo went down in the area under a challenge from David Buchanan but despite the penalty appeals the referee booked Ogogo for diving.

The Cobblers were offering more as an attacking force as the game entered the final ten minutes, Leon Barnett and Aaron Pierre denied by blocks inside the six-yard box after an initial handball appeal from Kasim’s corner.

David Cornell saved a header from Aristote Nsiala in the 90th minute but there was to be late drama, and heartache for the Cobblers.

Lenell John-Lewis won it for Shrewsbury with a goal two minutes into stoppage time, converting a left wing cross from close range.

There was still time for a Cobblers penalty appeal for a trip on Chris Long to be turned down, the referee instead awarding a free kick just outside the area. Long's shot was blocked as the final whistle blew.

Tickets for this game are now on sale from Sixfields and www.ntfcdirect.co.uk

Supporters can pay on arrival at Shrewsbury - CASH ONLY.

Any tickets purchased online and not collected will be taken to the game for collection on arrival. 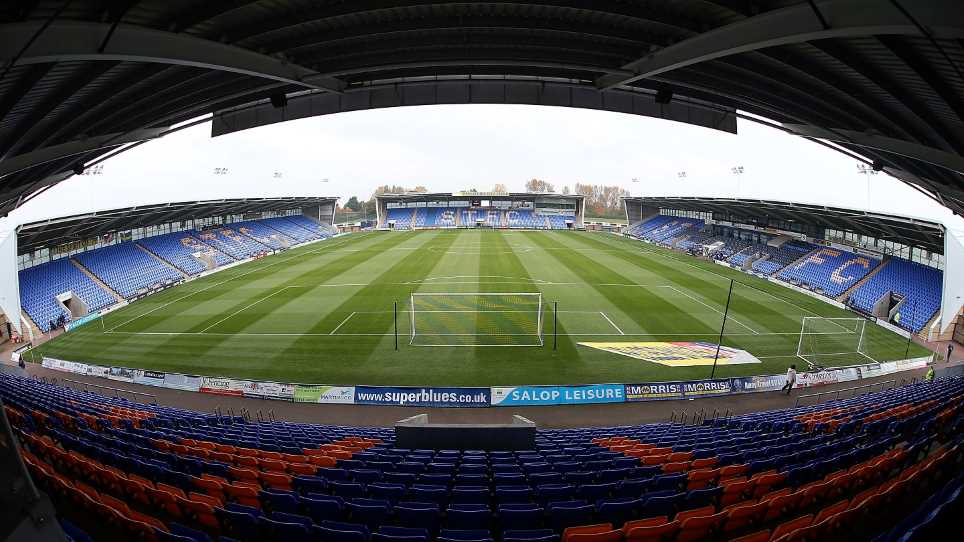 TICKETS FOR SHREWSBURY TOWN GAME ARE NOW ON SALE