Cobblers boss Justin Edinburgh is looking to add more attacking fluency to the defensive solidity shown at Shrewsbury in Tuesday night’s Carabao Cup first round tie away at QPR.

“We know that in possession of the ball we need to improve but I have no doubt that will come as the players continue to gel and get an understanding with each other.

“Defensively we need to continue to show the resilience that we did on Saturday and that was the real plus for us at Shrewsbury.

“We need to keep showing the same bravery without the ball that we did on Saturday but at the same time we need to get more numbers going forward.

“QPR had a fantastic result against Reading at the weekend and we know we are in for a tough game.

“We want to try and cause an upset and we know what potentially could lie ahead if we manage to do that but first and foremost we can’t look beyond QPR."

There is the potential for penalties at Loftus Road on Tuesday night and if that happens the new ABBA penalty system will be used.

“We saw it in the Community shield on Sunday,” said Edinburgh.

“I don’t think it makes any difference in terms of your penalty taker, it just varies the pressure on each team.

“If it comes to it we will be ready but our first focus is to try and win the game.”

Chris Long, Alex Revell, Yaser Kasim and Aaron Phillips all came into the side as boss Justin Edinburgh made four changes for the Carabao Cup first round tie away at QPR. Daniel Powell (hamstring) was rested as a precaution while former Cobblers loanee Darnell Furlong lined up for Rangers.

Burnley loanee Long drew a fine save from Matt Ingram as the Cobblers started brightly at Loftus Road, referee Charles Breakspear having already disallowed a Cobblers goal on 5 minutes for an apparent push on the QPR keeper.

Although the Cobblers had shown plenty as an attacking force, Yeni Ngbakoto opened the scoring for QPR on 37 minutes, tucking home from close range following a good initial save from David Cornell. The goal was harsh on the Cobblers who had been more than holding their own against Championship opposition up to that point and they were almost immediately back on level terms, Ingram making a good save to keep out an effort from Billy Waters.

The Cobblers again started the brighter of the two sides in the second half but there task was made even more difficult when on 53 minutes they were reduced to ten men, Leon Barnett shown a second yellow card following a coming together with Idrissa Sylla.

Leon Lobjoit came on to make his debut for the club midway through the second half as Justin Edinburgh made a double change in attack, Marc Richards also introduced with Alex Revell and Chris Long making way.

Lobjoit nearly scored with a looping header from a Yaser Kasim corner, the debutant cruelly denied by a goal line clearance as the Cobblers continued to push hard for an equaliser despite their numerical disadvantage.

George Smith, also making his Cobblers debut, replaced David Buchanan for the final ten minutes before QPR were denied a second by the woodwork, Cornell also possibly getting a touch to Ryan Manning’s shot. Aaron Pierre was then on hand to clear the danger.

A header from Aaron Phillips was deflected just wide as the game neared the 90-minute mark. Six minutes of stoppage time ensued but despite a strong penalty shout for what looked like a push on Billy Waters there was to be no Cobblers equaliser and QPR held on to book their place in round two.

Reduced price tickets for the Carabao Cup tie at Queen's Park Rangers on Tuesday are now on sale.

Tickets are available from both Sixfields and www.ntfcdirect.co.uk priced as follows:

Wheelchair and disabled supporters tickets are priced as above with helpers free of charge.

QPR advise that supporters should arrive at least 30 minutes prior to kick off to gain entry into the School End.

The season ticket holders discount is not available online, please buy from Sixfields or on 01604 683777 to claim.

Any tickets purchased online or over the phone and not collected will be taken to the venue for collection on arrival. 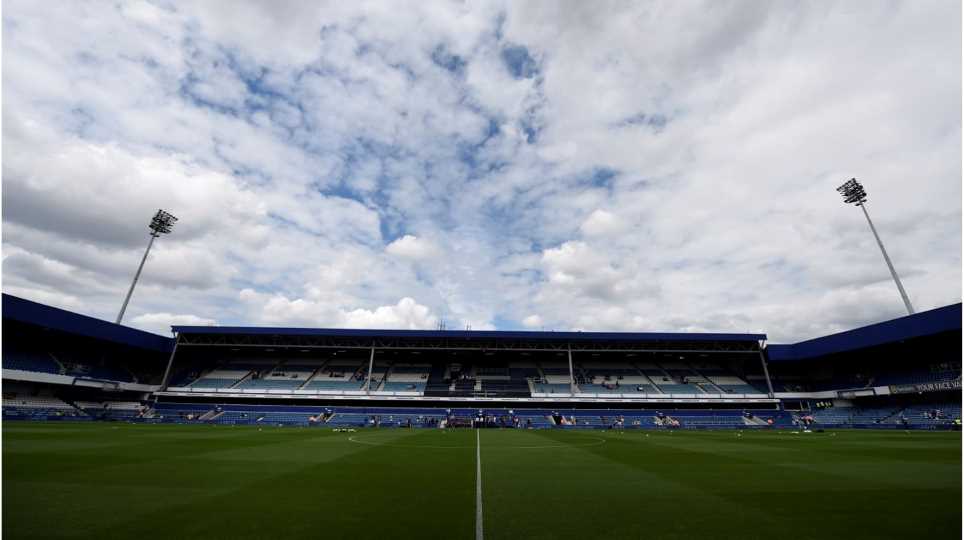 
Reduced price tickets for the Carabao Cup tie at Queen's Park Rangers on Tuesday August 8th are now on sale.