Leon Barnett returned to the side for the trip to Charlton after serving a one-match ban, Regan Poole dropping to the bench where he was joined by new signings, goalkeeper Luke Coddington and Swansea loanee midfielder Matt Grimes. In a late change, Marc Richards replaced Chris Long after the on-loan Burnley striker picked up an injury in the warm-up. Prior to kick-off there was an impeccably observed period of silence to remember those who tragically lost their lives in the Barcelona attacks on 17 August.

Charlton started brightly and took the lead inside two minutes, Josh Magennis heading home a cross from former Cobblers winger Ricky Holmes. David Cornell then parried a shot from Holmes as the Addicks looked for a quick second.

Amos denied Ash Taylor as the Cobblers pressed for an equaliser but Charlton continued to look dangerous, Tariqe Fosu spurning a good opportunity to make it 2-0 with Holmes a constant threat.

A deft header from Richards presented Billy Waters with a chance in-behind the Charlton defence but the striker couldn’t convert from a difficult angle. Cornell saved a scuffed shot from Holmes as the first half drew to a close.

Moloney headed just wide from a Waters cross as the Cobblers began the second half on the front foot. Justin Edinburgh made a change in midfield with Matt Grimes coming on to make his debut in place of Yaser Kasim.

Ricky Holmes doubled the home side’s lead just after the hour mark, breaking into the box before firing an unstoppable shot passed Cornell.

Daniel Powell, back from a hamstring injury, came on for Aaron Pierre in the Cobblers final change and Powell played a big part as the Cobblers pulled a goal back, delivering the ball back across goal for Marc Richards to touch in from close range.

The Cobblers appealed for a penalty in stoppage time when Leon Barnett appeared to be bundled over in the area. With the Cobblers pressing Charlton scored twice on the break, Jake Forster-Caskey bagging an excellent brace in injury time as the game finished 4-1.

Northampton Town have been allocated 1,214 tickets for this fixture and these are now on sale from Sixfields and www.ntfcdirect.co.uk. 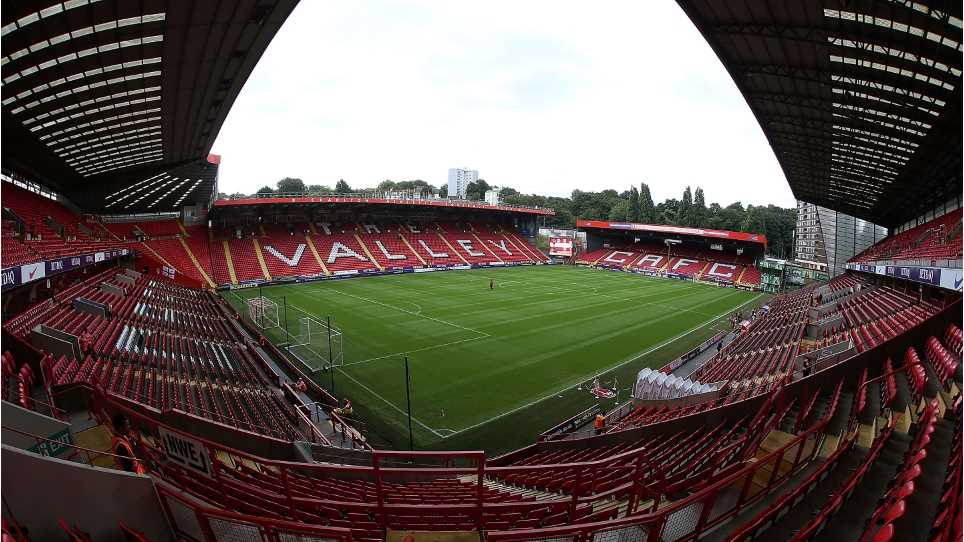