Caretaker boss Dean Austin has rallied his Cobblers squad ahead of Tuesday night’s game at Blackpool.

The Cobblers have five games to try and maintain their League One status, starting at Bloomfield Road.

"We are going to need something extraordinary but if I didn't think we were capable then I wouldn't have taken the job," he said.

"I really believe in the players and let's have a real go in these five games. I truly believe they are capable of doing something.

"I've tried to re-energise the players, I don't like negativity and I've spoken to the players about what they can expect from me and what I expect back.

"I had the desire as a player and I expect my players to play with that same energy and enthusiasm.

"I want to get my ideas over to the players but first you need that heart and desire."

Sent off:
Blackpool: none
Cobblers: none

Caretaker boss Dean Austin took charge for the first time following Jimmy Floyd Hasselbaink’s departure and made four changes with John-Joe O’Toole, back from suspension, David Buchanan, Regan Poole and Kevin van Veen all coming into the side for the re-arrange fixture at Bloomfield Road. Ash Taylor served a one-match ban following his sending off at Peterborough while Kevin Luckassen (back), Matt Crooks (hamstring) and Brendan Moloney (knee) were all unavailable. Youth team midfielder Morgan Roberts was named on the bench.

Blackpool went closest to breaking the deadlock in the opening ten minutes, a deflected effort from Viv Solomon-Otabor inches wide and Jimmy Ryan testing Richard O’Donnell with a strike from distance.

Joe Lumley made a terrific save to keep out a Kevin van Veen header and the Blackpool keeper again did well to deny Chris Long when the Burnley loanee raced through one-on-one, the ball just eluding van Veen on the rebound.

Armand Gnanduillet put Blackpool in front with half-time approaching, side-footing home from close range after the Cobblers failed to get the ball completely clear from a corner.

The woodwork and a goal line clearance from Regan Poole denied Gnanduillet a second at the start of the second half, Clark Robertson also going close with a header. Shaun McWilliams then replaced Shay Facey after the right-back picked up an injury.

Sean Longstaff doubled Blackpool’s lead with a superb strike from 30-yards and it was almost 3-0 moments later when Robertson hit the post.

Sam Hoskins had a shot saved by Lumley before Jack Bridge made his Cobblers debut, the winger signed from Southend in January coming on in a double change with Daniel Powell.

Jimmy Ryan’s deflected free-kick increased the Tangerines lead and 3-0 was how it finished, a block from O’Donnell preventing substitute Dan Agyei adding a fourth late on.

Northampton Town's Sky Bet League 1 trip to Blackpool, postponed on Saturday March 3rd because of the weather, has been re-arranged for Tuesday April 10th at 7.45pm.

To do this, please return the unused tickets to Sixfields in person.

If you had purchased tickets online and had not collected them, please call 01604 683777 to arrange a refund.

Tickets are on sale for the re-arranged game from Sixfields and ntfcdirect.co.uk priced as follows:

Tickets will remain on advanced sale from Sixfields and ntfcdirect.co.uk until 4pm on the day before the game. Please note any tickets purchased online and not collected from Sixfields will be taken to the game for collection on arrival.

Any unsold tickets will be available to purchase on arrival, cash only, on matchday.

If collecting tickets on arrival, there is a tangerine booth located in the north west corner of the stadium. 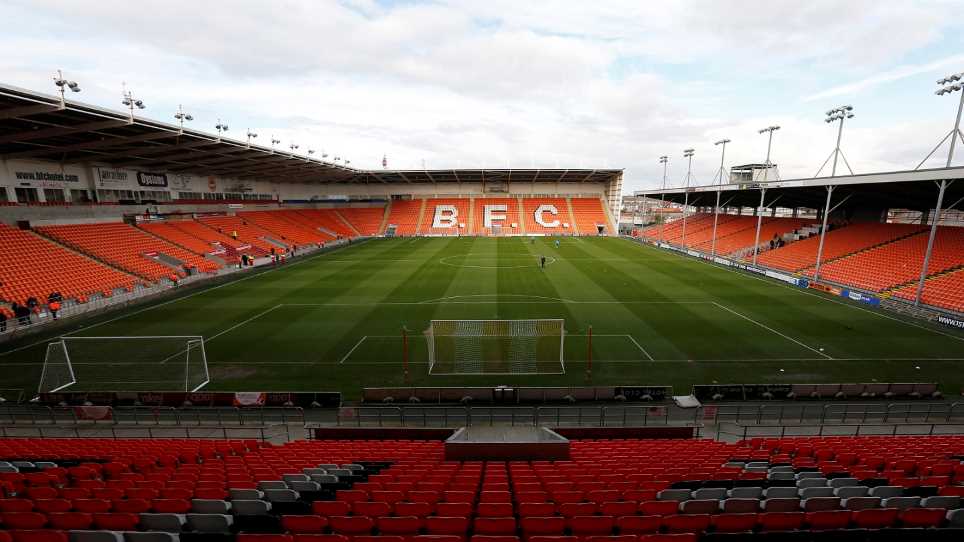 TICKETS NOW ON SALE FOR SATURDAY'S GAME AT BLACKPOOL

TICKETS NOW ON SALE FOR TRIP TO BLACKPOOL